Word on the street is that Starbucks’ Chestnut Espresso Frappe is a winner, at least in coffee-lovers’ eyes.

Chestnuts are incredibly versatile this ingredient appeals to a diverse group of people – some for health reasons, and nostalgia for others. To me, it reminds me of roasted chestnuts served fresh from those large, circular contraptions that retained the heat and flavors of those chestnuts. I, for one, have never been a huge fan of them. The last time I took a bite into a chestnut was many moons ago, so would a frappe change my mind or at least make the flavor more appealing? I decided to get one for myself and find out.

The light caramel-y/milk tea look does fairly remind me of chestnuts, but otherwise its appearance doesn’t reveal other hints of the frappe’s blend of flavors. The sauce – which I really enjoyed – swirled on the cloud of whipped cream is a sweet nut sauce with a somewhat chestnut-like aftertaste. 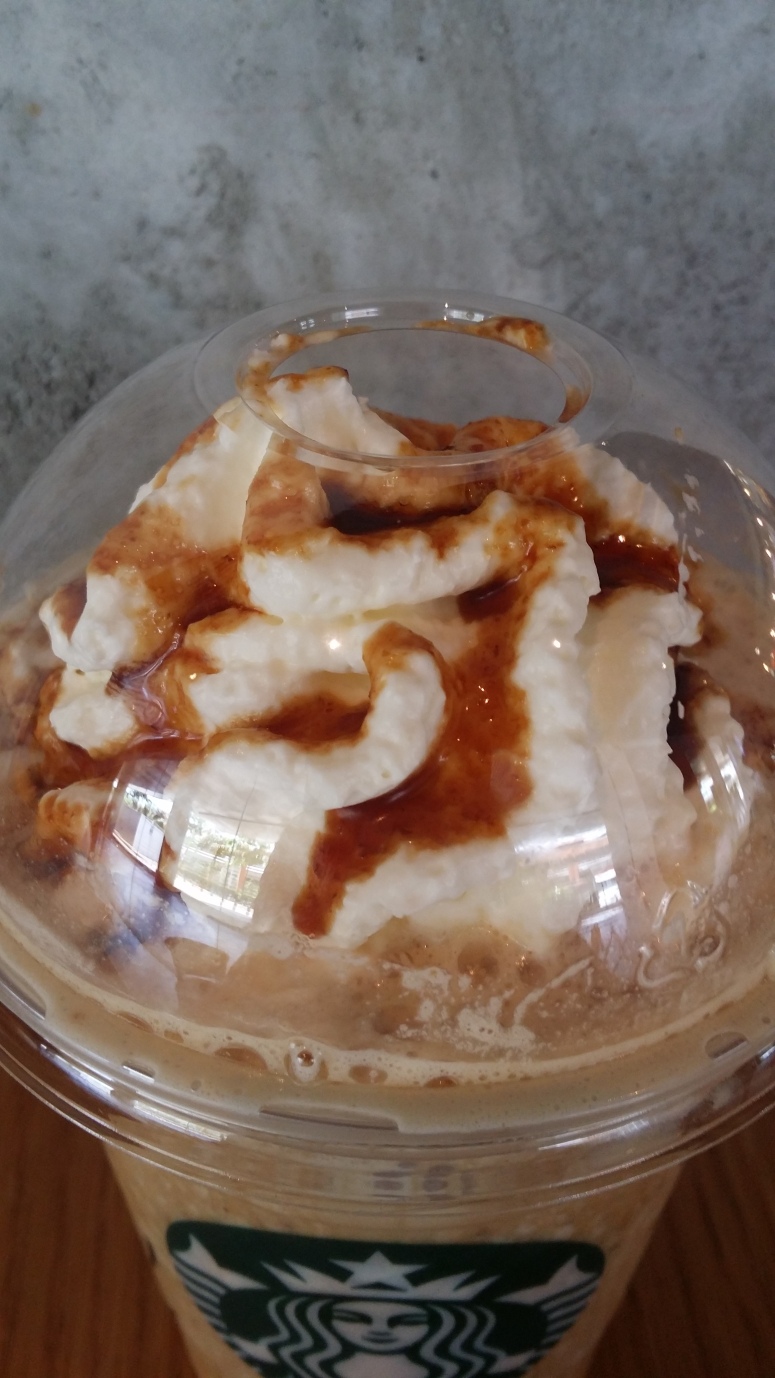 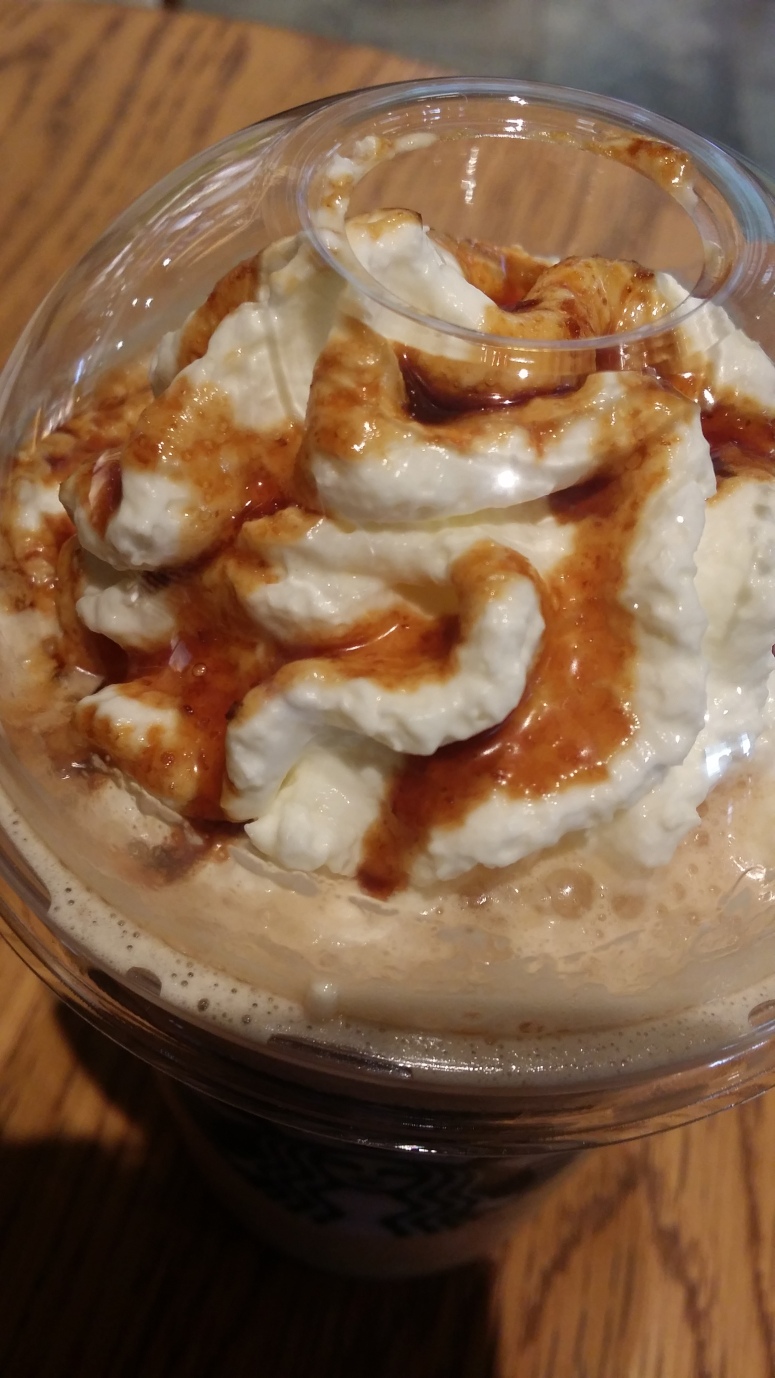 The espresso is strong in this frappe, but it is balanced wonderfully with a sweetened chestnut touch. To someone who hasn’t been near chestnuts in ages, it tastes sweetened nuts with espresso. The same goes for its aroma too – it smells like a sweet nut-based snack. 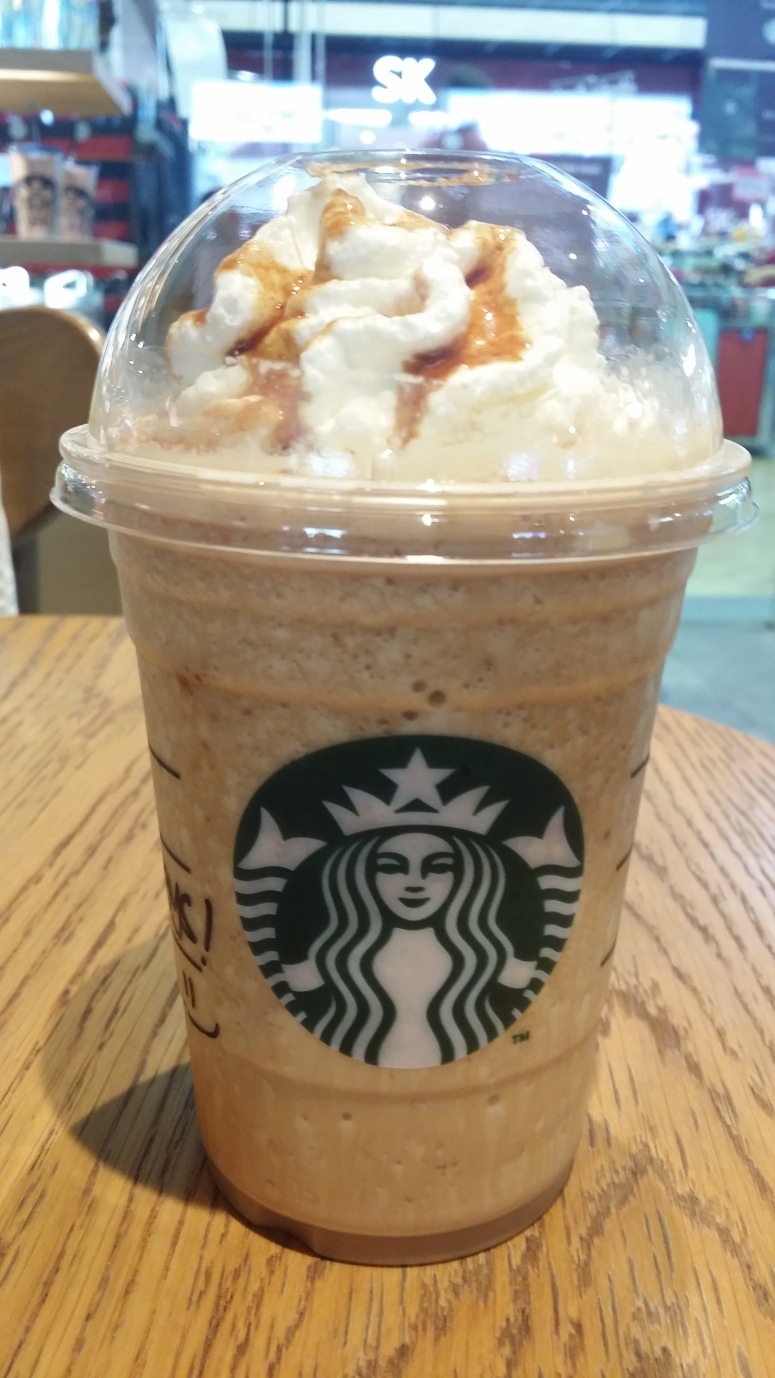 What I appreciate the most about the chestnut espresso is its spin to common flavored coffees. Instead of pairing the espresso with regular nuts such as almonds or hazelnuts (which I love, by the way), the chestnuts is a refreshing change from the cliché combinations.

And finally, to answer the million-dollar question: Have I been converted into a chestnut fan? The answer is simple: I like the frappe, and the chestnut flavor is growing on me. Rome wasn’t built in a day, and neither is my love of chestnuts.