It’s almost mid-October, and it means Halloween is approaching soon. Halloween isn’t huge in Asia and Australia, but elements of the season are present in the region. My memories of Halloween as a child mainly revolve around eating eyeballs. By eyeballs, I mean small chocolate candy ‘eyeballs’ that ooze with smooth, decadent caramel when bitten into. Peeling off the foil wrappers and biting into these delights was my highlight of this time of the year. Besides fun-sized candy, Halloween is the season of puns!

While I haven’t had chocolate eyeballs in years, I thought of treating myself to a frappe from Starbucks’ special menu (available in Singapore). This year, their spook-tacular frappes seem to stick close to home in the flavor department. Matcha and chocolate are this year’s highlights and they’re featured in the Franken Green and Midnight Chocolate frappes. Both selections sounded franken-tastic, but I chose the Midnight Chocolate frappe as I was yearning for a little caffeine boost on a day with a packed schedule. 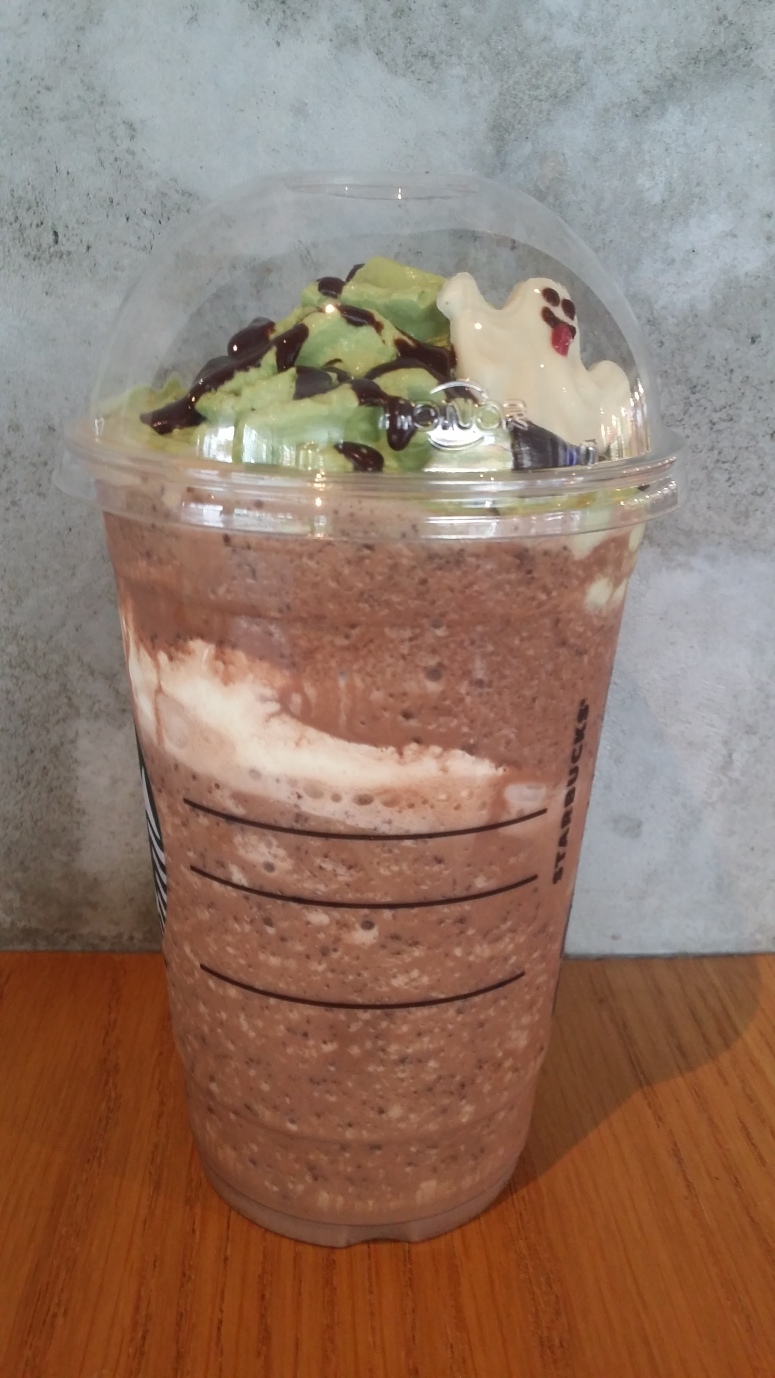 Looking around, I realized that fellow Starbucks/café enthusiasts are joining the extr-aaaaah-vaganza. I, too, was looking forward to trying the frappe! 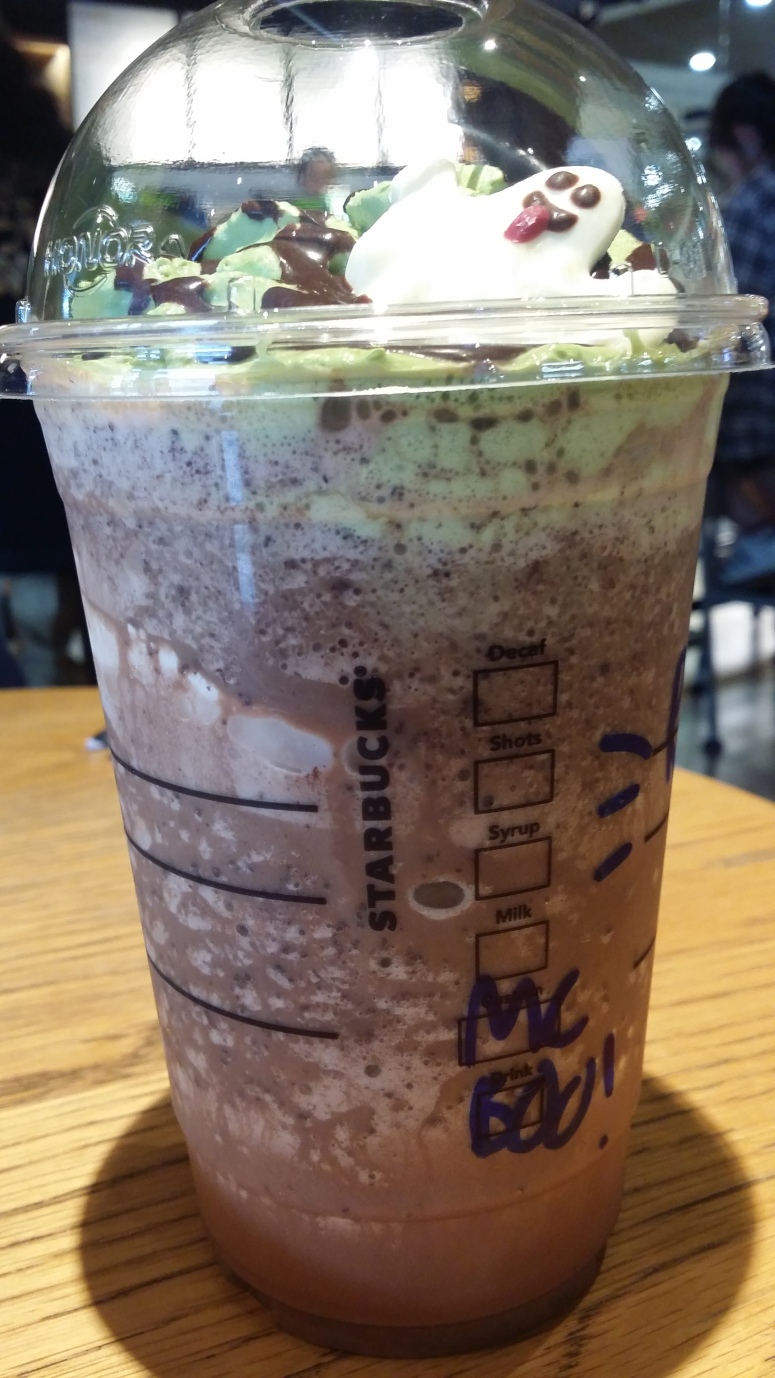 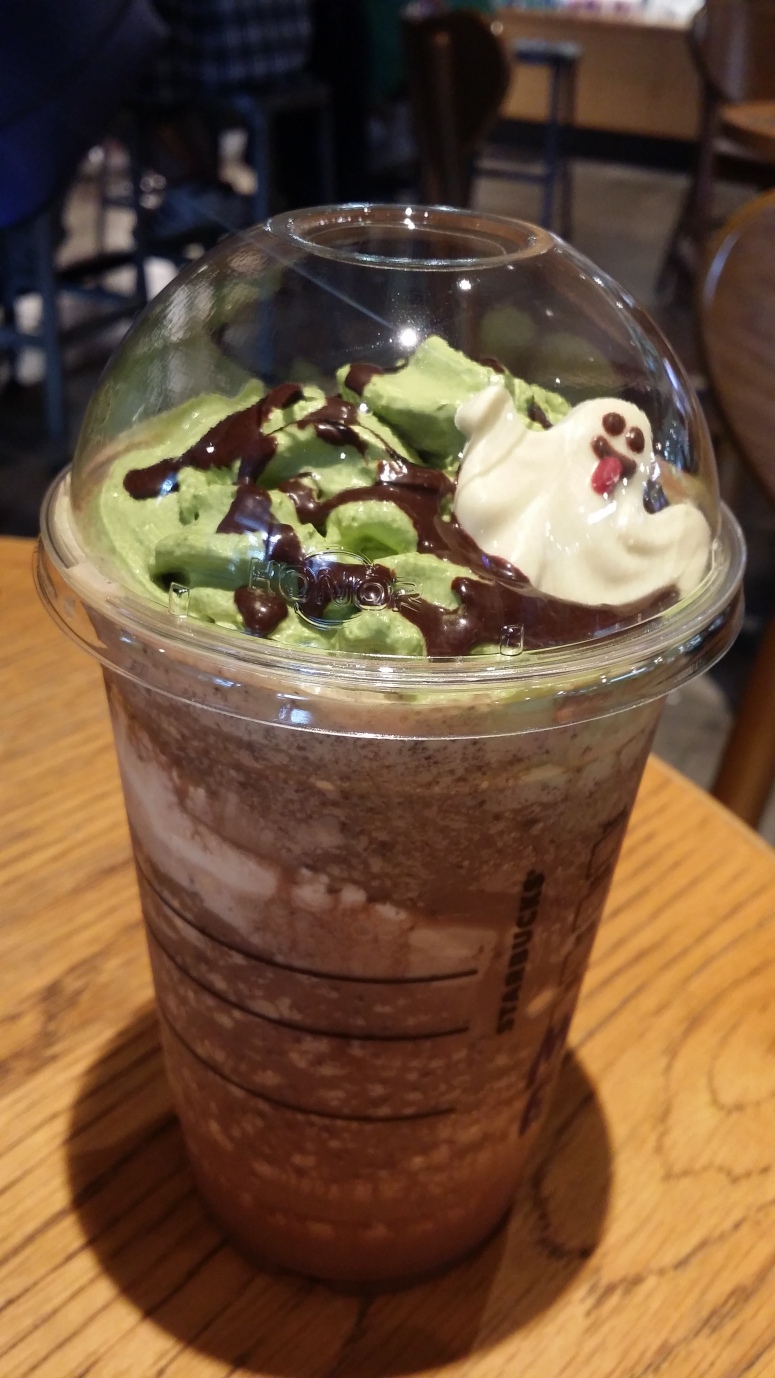 The frappe itself comprises of mocha and loads of chocolate bits (which was leaning more to dark chocolate to my taste buds), regular whipped cream in the middle, and a swirl of matcha whipped cream. More chocolate elements top off this drink – with them being a chocolate sauce and a white chocolate ghost which I’ve dubbed as ‘Caspar’s friend’ since he exudes a friendly persona. 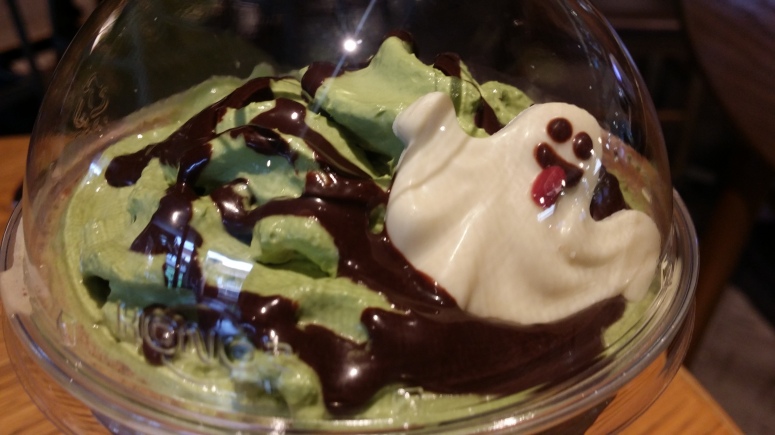 If there’s a world that’s made completely out of sweets, this frappe may resemble its sky at midnight – either on a cloudy night or when stars illuminate the sky.  It looked delightful, especially with the addition of matcha whipped cream. The whipped cream had a lovely matcha flavor which was more pronounced on top of the drink after being mixed with the rest of the concoction. Caspar’s friend, who was sticking his tongue out playfully, was a nice touch. I’m sure he’ll have a blast living in candy land. Who knows, maybe he’s from a matcha forest!

The combination of every element in the drink worked well together. Midnight Chocolate isn’t over-the-top like some of their previous frappes, but it’s a lovely drink nevertheless. Another description I can think of is it’s a combination of the matcha, mocha and chocolate chip (but dark chocolate in the place of regular chocolate) frappes. 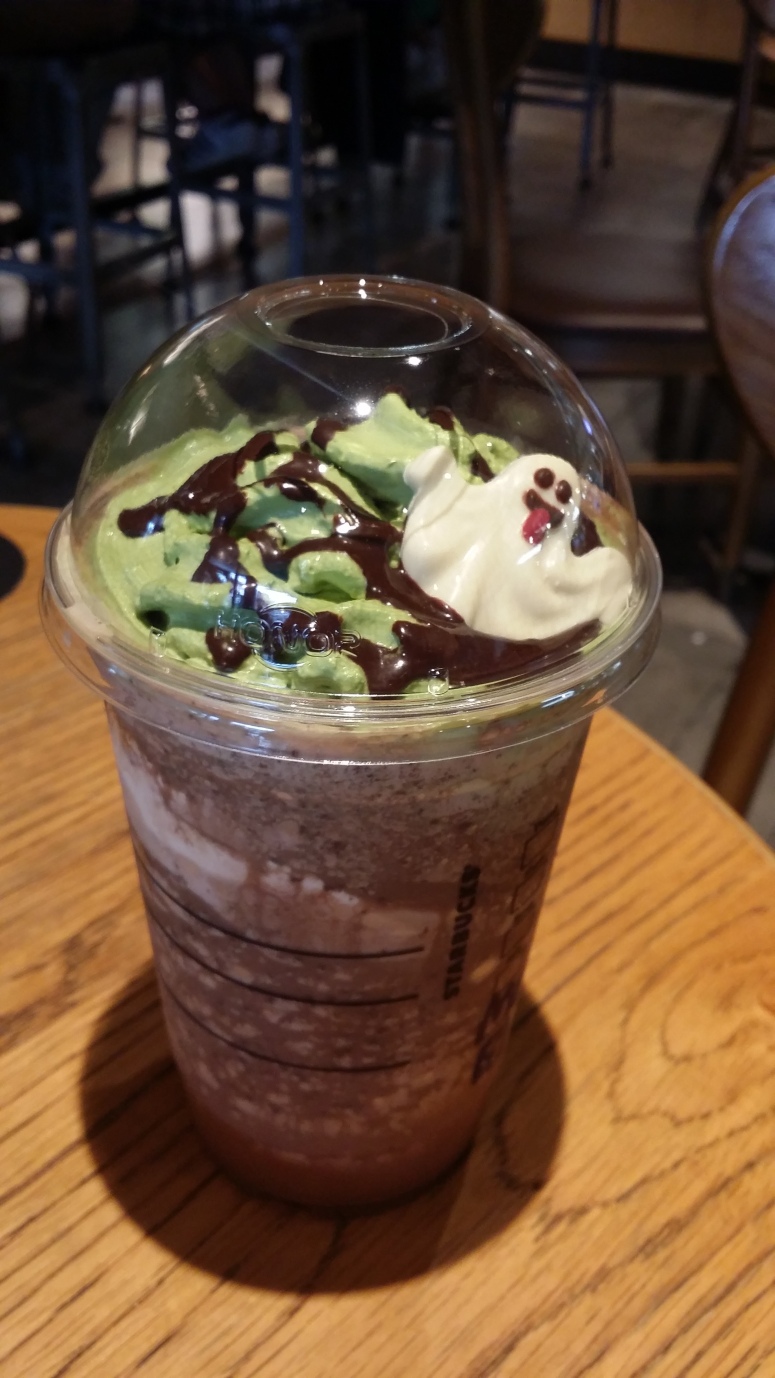 What I liked about Midnight Chocolate is that the frappe’s flavors (i.e. mocha and chocolate) worked together, hand-in-hand. Neither of the two overshadowed each other in my opinion, hence being a nice crossover of the chocolate and coffee realms. The matcha added a flavorful edge.

If you’re looking for a thrilling treat, Midnight Chocolate might be the one for you!