Vege Rama is one of Brisbane’s vegan and plant-based restaurants that has a variety of dishes to choose from, from Indian curries to enchiladas. They have a stall at The Myer Centre’s food court in Queen Street Mall. This cheesecake is made from soy-based and other plant-based ingredients. The cheesecake has a delectable chocolate taste. Its smooth texture and taste reminds me of chocolate mousse. The base is unique as it’s not the usual graham crackers. Instead, the base includes desiccated coconut which is a nice and refreshing touch to the chocolate. I loved the combination of chocolate and coconut in every bite. 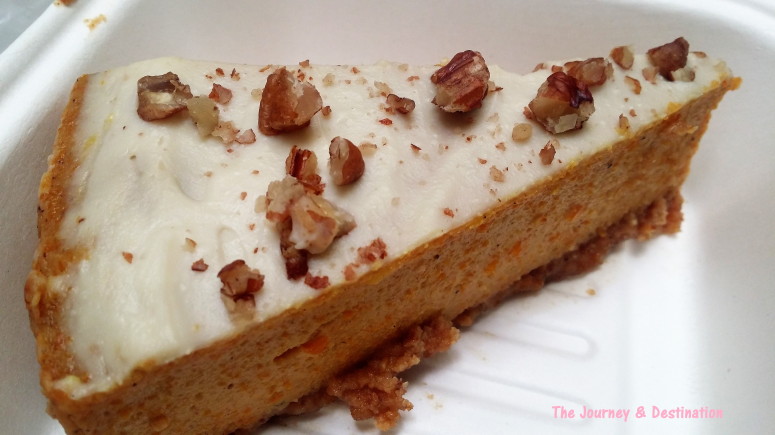