Late last year, I began rewatching the Harry Potter movies. I eagerly looked forward to the weekend as each movie of the series was aired on TV every Saturday evening, leading up to the Fantastic Beasts movie. It was all part of the string of promos for the latest Fantastic Beasts movie installment, The Crimes of Grindelwald.

It’s been years since I watched the very first installment of the young wizards’ journey of navigating through the historic and notable Hogwarts. Just watching the first movie – Harry Potter and the Philosopher’s Stone – alone jogged my memory about why I enjoyed the storyline, so much so that I re-watched the first few movies countless of times in my childhood.

When I read that the magical world of wizardry was popping up at Changi Airport in Singapore over the holidays, I just knew I couldn’t pass an opportunity to visit it. And so, I visited Terminal 3 to explore and investigate this realm that’s appeared, although I wasn’t travelling on that very day.

In anticipation of Fantastic Beasts: The Grimes of the Grindelwald, Hogsmeade Village, Diagon Alley and Hogwarts have appeared at the airport for the holiday season, up to February (Chinese New Year is in February). Although not all of the notable shops and places are around, some iconic ones have made an appearance. The excitement started to build up as I noticed the Gryffindor emblem from afar at the Departure Hall, leading to the main attraction. 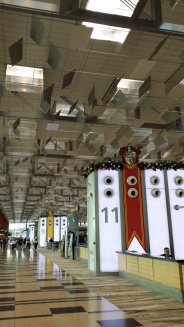 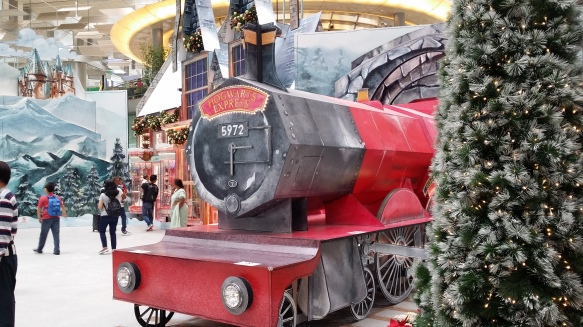 The first – and main – attraction is Hogsmeade. Honeydukes, the magical candy store, is a crowd-favourite. That’s where the wizards with a sweet tooth grab a treat. Chocolate frogs caught everyone’s eyes for sure. Honeydukes literally smells like candy too! 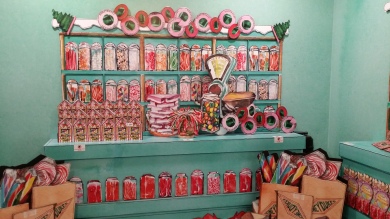 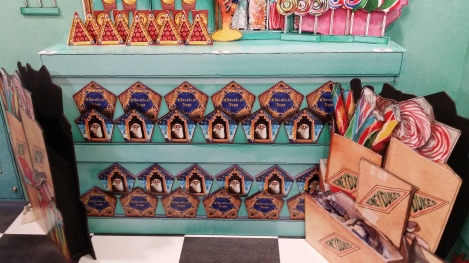 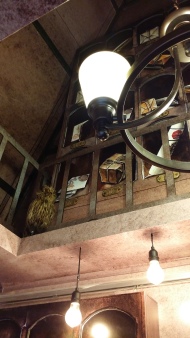 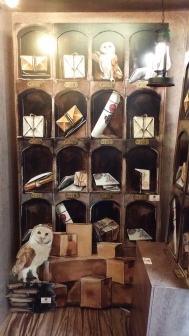 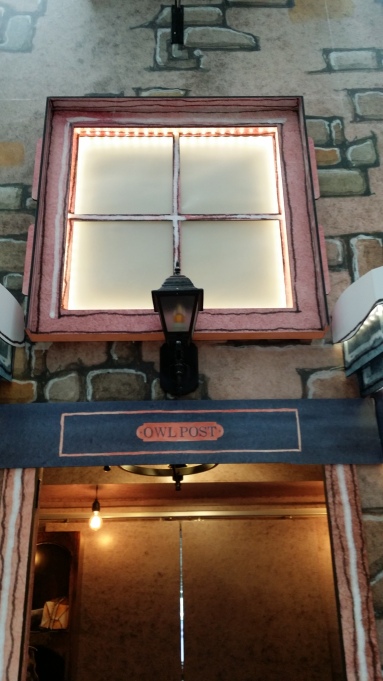 There were some activity areas nearby too at Diagon Alley when I visited. Activities such a quiddich and robe-fittings were ongoing at that time. 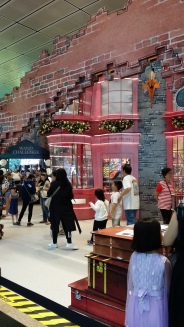 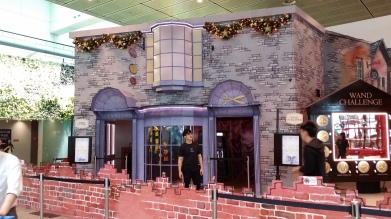