Old Town originates from a town called Ipoh in Malaysia – which is up north of the nation’s capital city, Kuala Lumpur. Old Town’s best known for its splendid white coffee and packets of Old Town instant coffee sachets are available at supermarkets. The Old Town restaurants exude a traditional, old-school Ipoh vibe. 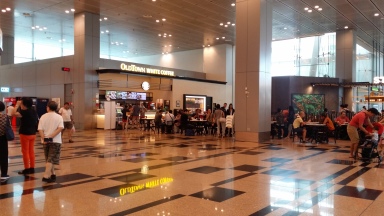 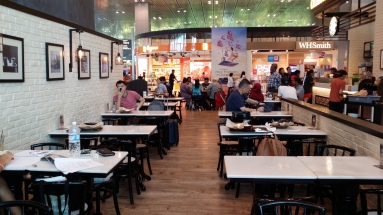 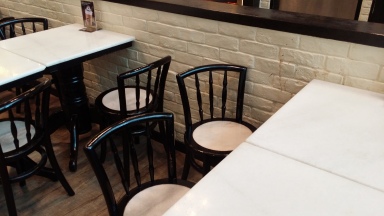 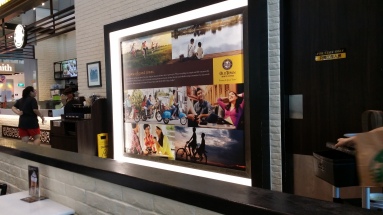 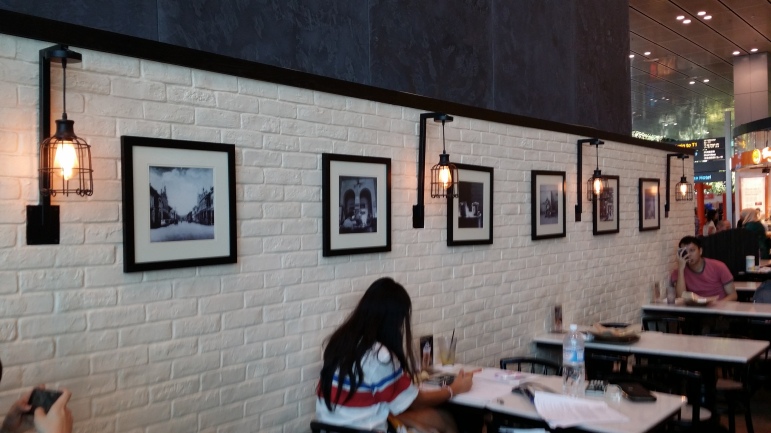 From the black and white pictures aligned on white brick-tiled walls, to the industrial-like lights and the tables and stools, it’s like a recreation of Ipoh’s vibes in the middle of Changi Airport. 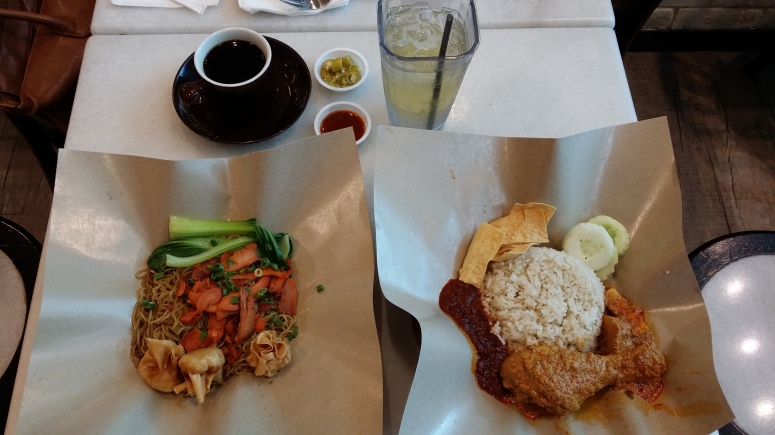 Nasi lemak is a rice dish that’s native to Singapore and Malaysia. Across the border in Malaysia, it’s practically the national icon. In fact, it’s been crowned as the Northern Neighbor’s national dish. While Malaysians take pride in the nasi lemak, Singaporeans enjoy this dish just like the other trademark favorites like chicken rice and chili crab. I ordered my favorite type of nasi lemak – the curry chicken version. 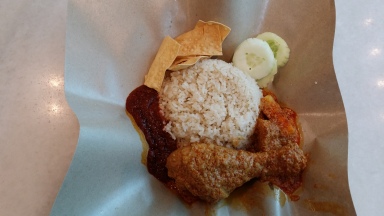 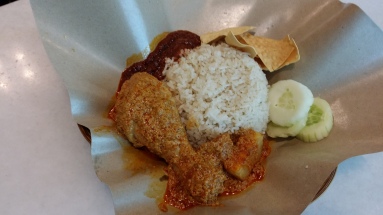 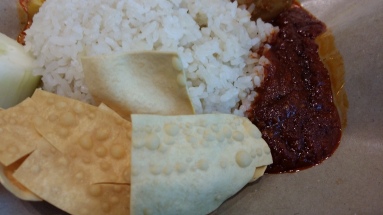 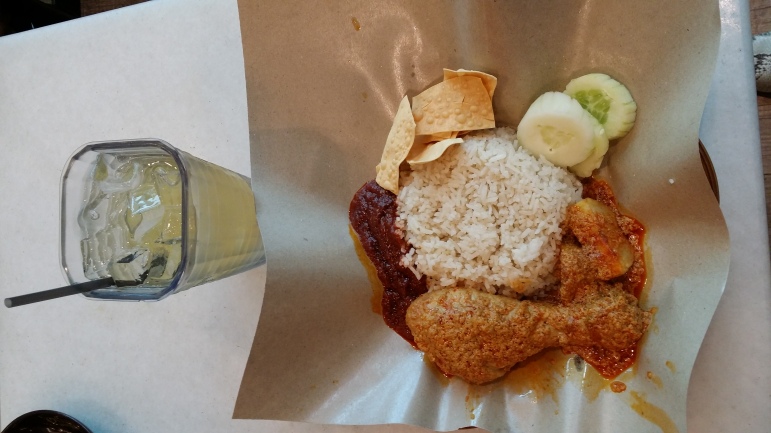 The fragrant rice’s flavors, primarily coconut milk, truly shines. The chicken is soft and tasty with the thick and spicy Southeast Asian curry sauce. The crunchy, non-oily papadum pieces and cool, thick cucumber slices gave an added crunch. The sambal sauce, which is much spicier than the curry, is nice as well. I definitely enjoyed my lunch. 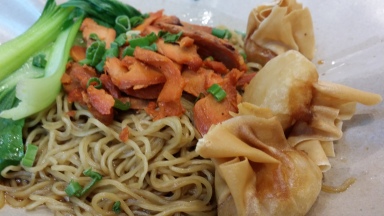 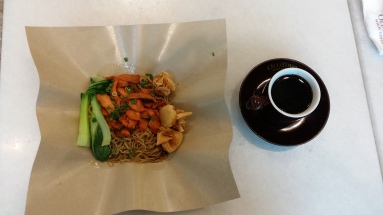 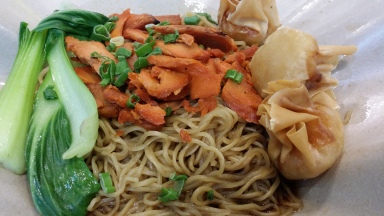 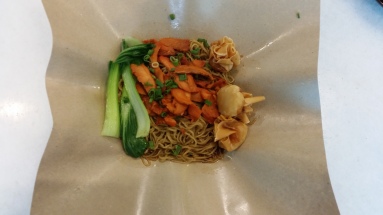 The noodle dish isn’t bad either – well-cooked noodles with chicken, greens and seafood-tasting wantons were delicious.

My idea of spending time after a hearty meal is by walking around this enormous Terminal, hoping to shed some calories while enjoying the aircon and splendid sights!

Just upstairs (at the publicly-accessible area) which leads to other restaurants, a viewing area allows you to have a very slight experience of Terminal 3’s transit area. 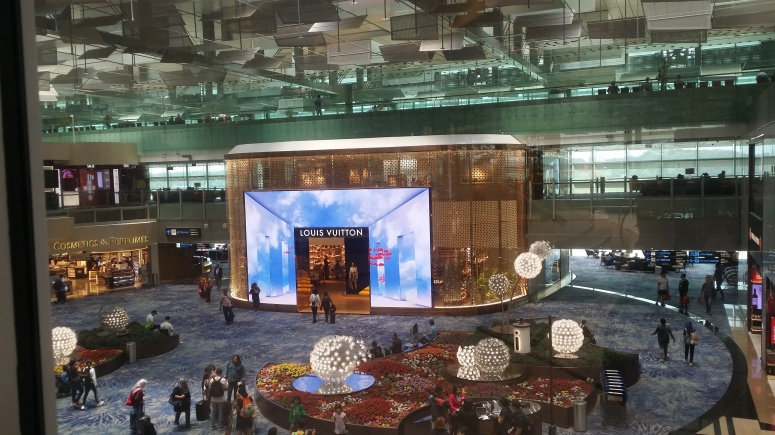 It’s one of the best people-watching spots in the Terminal – with bright lights from just outside the Louis Vuitton store (have you ever seen such a colorful display at LV?), to people waving at family and friends after clearing customs, through the tall glass panels dividing the public and transit zones.

It’s fascinating and somewhat amusing to witness the behind-the-scenes of photos, with people planning their poses and experimenting with different angles to capture the moment of being at probably the most innovative-artsy LV shops ever at the World’s Best Airport. It doesn’t get boring – views of the tarmac and planes going by behind the happenings at the departure hall are entertaining as well, especially if you’re trying to identify as many airlines as possible and guess where they’re heading off to.