Happy Leap Day everybody! Once in every four years we’re given the blessing of an additional day in the calendar, and it buys us 24 extra hours to switch to spring mode (northern hemisphere) and autumn vibes (southern hemisphere). To mark the occasion, I thought of sharing something a little different on the blog.

With warm and sunny days upon us (hooray for sunshine!), it’s the perfect time for cold drinks. One of my favorite local drinks this season is a chilled Milo. Milo can be consumed hot or cold (by adding ice cubes). Milo is synonymous with local street food – it’s a treasured accompaniment to meals. You can’t leave the city-state without trying it at least once!

Milo comprises of malt and chocolate. Similar to other hot drinks, there’s a variety of ratios that are involved in making a cup of Milo, such as how much sugar and milk you’ll like. I tend to opt for regular 3-in-1 powder sachets as it has a balanced amount of ingredients for my palate. 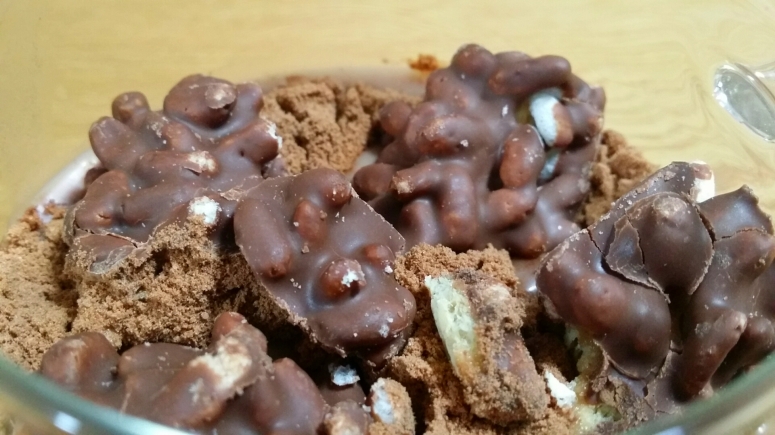 I attempted to make a local variation of the regular Milo drink that’s won many hearts across the island – the Milo Dinosaur. Milo Dinosaur brings good old regular Milo to a whole other level by adding generous dashes of Milo powder on top of the drink. Why is it specifically likened to a “dinosaur”? I reckon it’s because the drink is “dino-mite”. 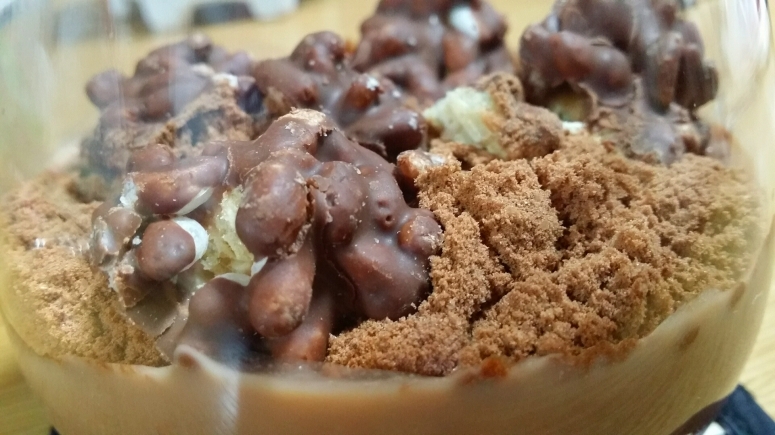 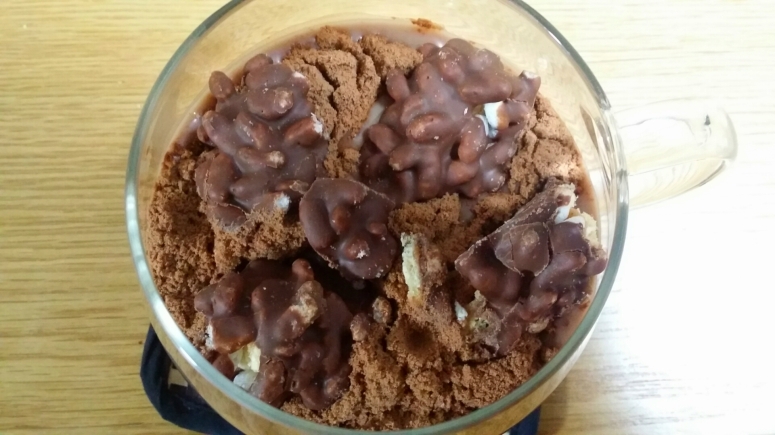 The Milo Dinosaur can be recreated at home – no fuss, no muss. All you need is Milo (I used the 3-in-1 version, but you’ll need sugar and milk if you’re using pure Milo), hot water and ice cubes. I took it a little further by adding two twists:

1. Instead of using ice cubes, I chilled a mug of hot Milo in the fridge for some time before taking it out and adding Milo powder on top; and 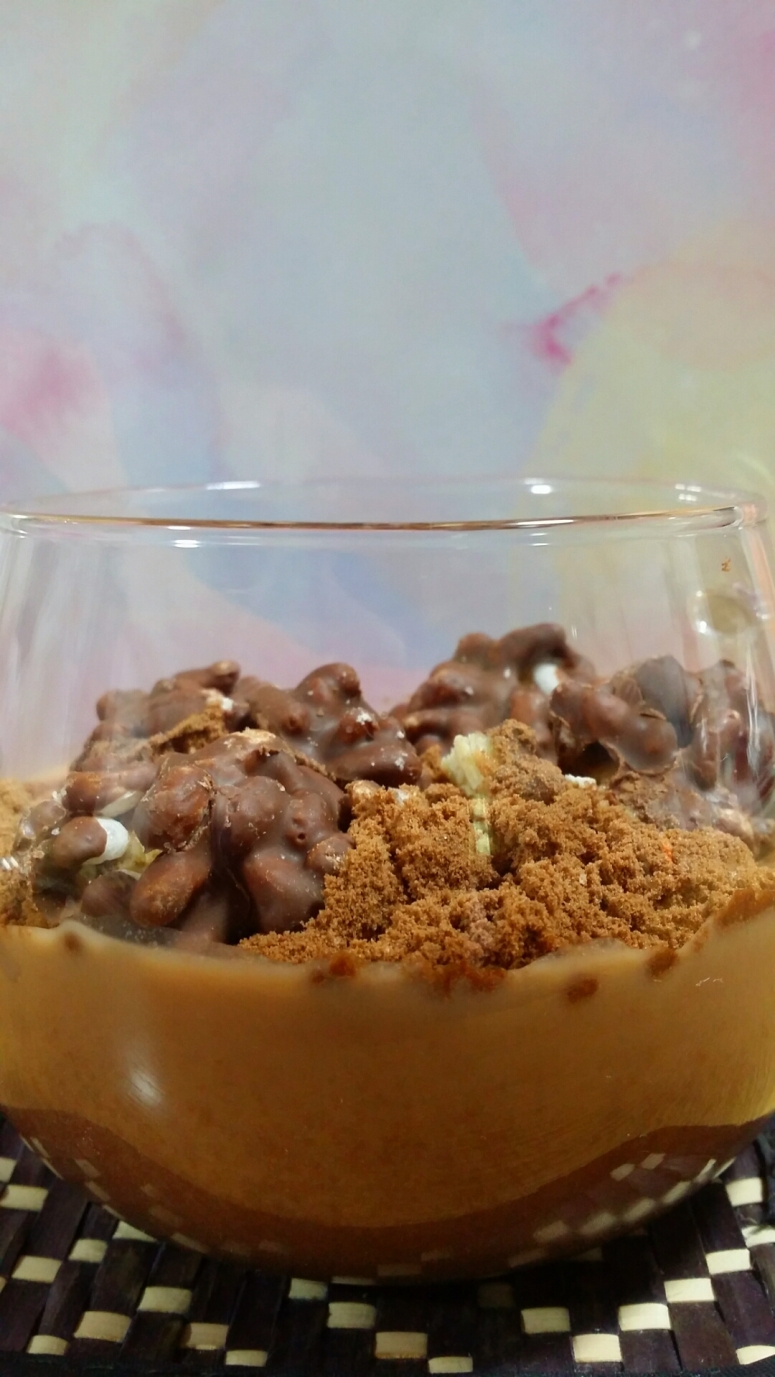 After completing the mini DIY project, I realized the drink looks like a terrarium emulating the surface of another planet – possibly formed by chocolate! Imagine walking around a chocolate zone. Well, that’s pretty much what the drink is: a chocolate paradise in the beverage realm. 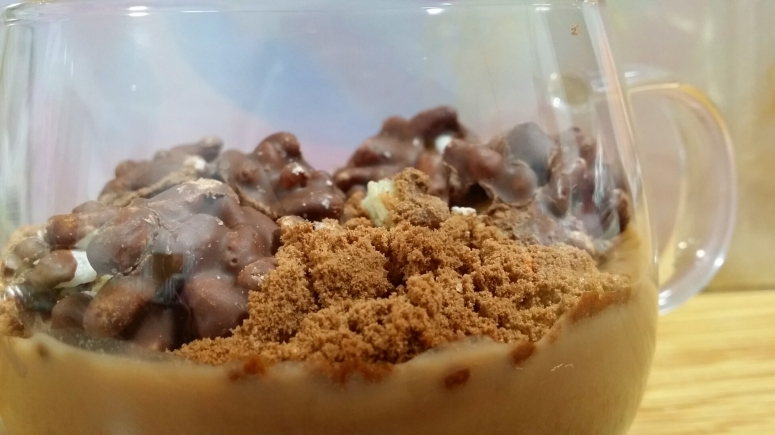 The Milo powder on top didn’t sink in the beginning, and it added a cool effect to the drink. While snapping pictures, the powder started dissolving a bit. Upon mixing the drink (after munching on pieces of Top first), the powder diluted further – but it did have bits of chewy moist powder bits. That was a highlight! I missed the iciness that ice cubes contribute, but it was delicious nevertheless. 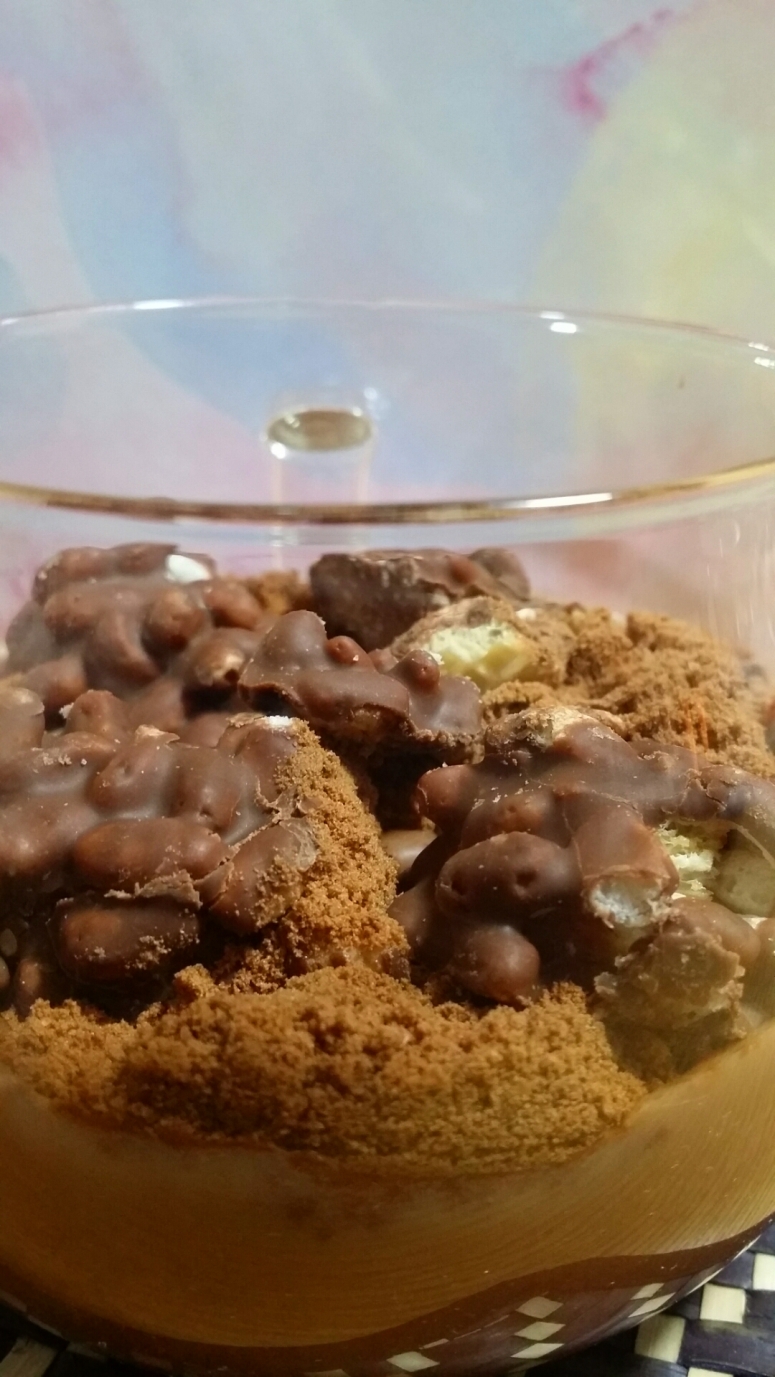 Top chocolate bars (leftovers from a trip to the supermarket ages ago) made it to the ‘top’ (pun not intended!) of the dinosaur. Although Top doesn’t stack up to other chocolates, I wanted to stay true to the concept of creating a local/regional drink by sticking with a Southeast Asian-manufactured chocolate bar. Top is a crispy yet somewhat chewy wafer coated with rice puffs, which is given a final coat of milk chocolate. Milo powder with Top makes the chocolate bar dino-licious, and it contributes an additional layer of texture to the puffs and wafer. It wasn’t soggy either. I liked it! 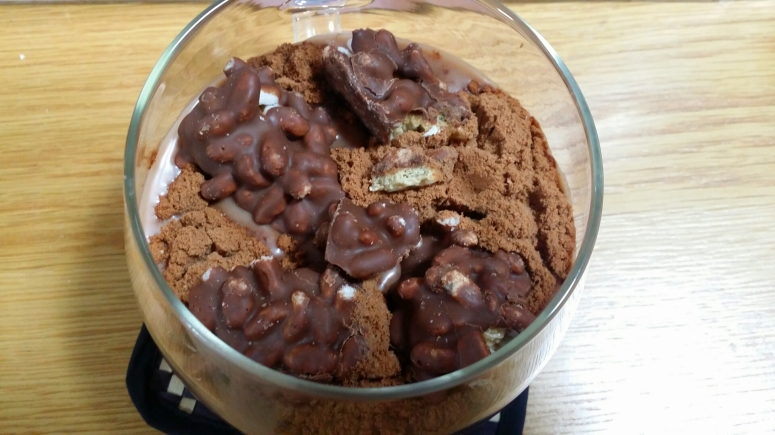 Overall, I enjoyed the drink and had a little fun with the experiment. It was interesting to try something different and delivering the verdict!