Crossovers between the breakfast and dessert realms is adored around the world. Brunch isn’t the only meal that breakfast has revolutionized! With a decent supply of cornflakes and honey in my pantry, I embarked on a mission – to commemorate May the 4th (Star Wars day). Why, you may ask? It’s because my very first post on the blog (way back in 2016) is Star Wars-themed.

I have a confession: visual arts isn’t my forte. When I was in school, my artworks were a hit or a miss. They’d be classified as either ‘atrocious’ or ‘cubism’ (an art form created by Picasso). If only my art teachers knew that many years later, I’ll be sculpting the silhouette of a classic character loved by millions worldwide out of none other than breakfast cereal. And that I’ll be sharing it on my blog. Their bemused expressions from examining my masterpieces are forever etched in my mind!

Accompanying cornflakes is honey (Winnie the Pooh must be jumping for joy). Honey assumes the role of glue as its viscosity makes it excellent in binding ingredients together. 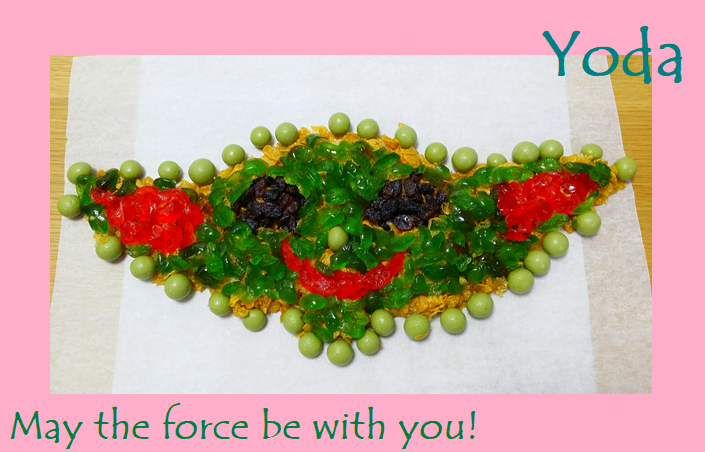 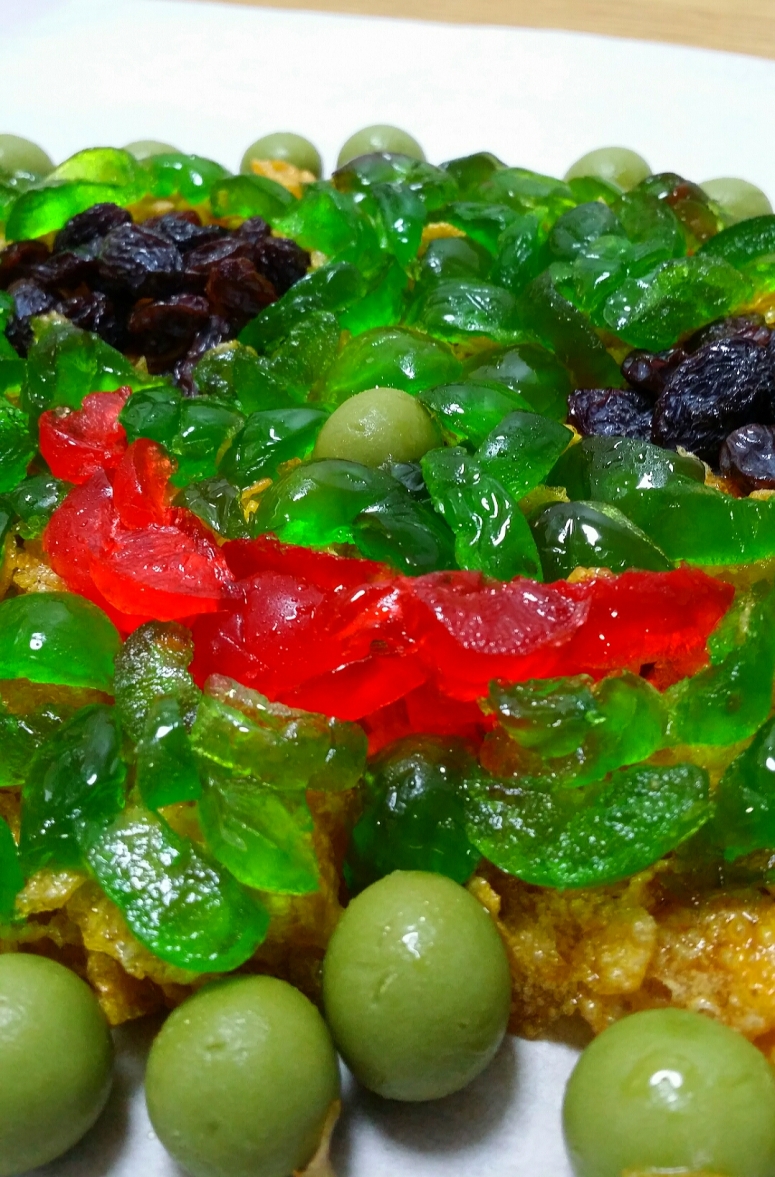 Striking glazed green cherries is the primary topping. Raisins did indeed become Yoda’s eyes, and glossy red cherries filled his ears and mouth. I used a green tea Kit Kat for his tiny nose, and the rest were used to outline his face.

Once Yoda was assembled, he was popped into the fridge to set. Hours later, my creation became a crunchy and sweet treat.

I wouldn’t recommend eating everything on its own (that’ll be a lot of sweets), but Yoda is a perfect cake ingredient or ice cream topping to make your desserts taste like they’re from ‘a galaxy far, far away’.

If there’s one colorful character who’d approve of my masterpiece as a dessert on its own, it’ll be Winnie the Pooh. I’m sure if you’re sharing it with Pooh bear, he’ll wipe the plate clean (and raid your pantry for your secret stash of honey). It’ll be like one giant honey birthday cake – thanks to the maraschino cherries – but sans cake. The lovable, golden honey-colored bear once proclaimed “I wasn’t going to eat it. I was just going to taste it.” Yes Pooh bear, we hear you.

5 thoughts on “Cherry, Cornflakes and Honey ‘Collage’ + Getting Crafty”