Happy July, dear friends! It’s Christmas in July… sort of. It feels like I’m living in Melbourne, Australia, as the island is experiencing multiple seasons in the span of 24 hours.

The weather’s been rather extraordinary for the past few weeks. It isn’t the typical mid-year/summery season. At some points of the day, gushing winds greet us as trees start dancing to a rhythm with their swaying branches. Following the wind’s entrance, what seems like a million beads of raindrops begin pouring down as the heavens open. When the rain bids adieu for the day, sunshine bursts through the sky and dazzles us with its radiating presence. The dreary grey sky makes way for puffy white clouds (which I love to refer to as ‘cotton candy clouds’) with a blue silhouette in the sky.

As much as I prefer the sun because I can step out without the need for an umbrella (although the temperature can rise to sweltering levels in the tropics), I love the snug and comfy feeling from coolness that rain brings. Staying indoors and getting things done while wearing my favorite jumper makes me feel incredibly happy. Inspired by the cool weather, I reached into my pantry to make a hot and cozy drink: Starbucks Caffé Mocha.

Caffé Mocha is one of Starbucks’ classic items on the menu. Furthermore, mocha had a hand in revolutionizing the coffee house’s menu in the mid-90s. Mocha stars in the original frappe, which was introduced in 1995. It’s the firstborn frappe flavor – the beginning of frappes that Starbucks enthusiasts know and love today. 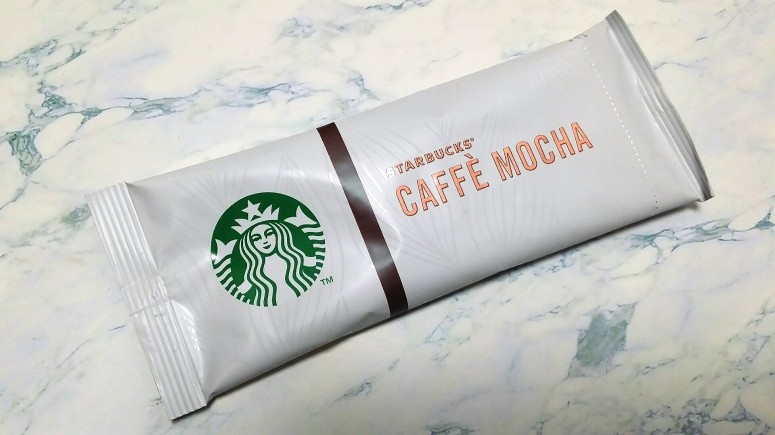 I was very excited and intrigued with this instant drink, which is from the same range as the caramel latte I shared a while back. As it’s not my very first taste of Starbucks’ instant coffee, I kind of knew what to expect – the experience wouldn’t be identical to that of having a freshly-prepared caffé mocha by a barista, yet it’ll be a delicious cup of coffee. To find out whether I was right or otherwise, my mini pop-up café at home had returned!

As milk and sugar are included in the powdered mixture, I didn’t add more to the existing mixture as I believe the optimal ratios have been figured out by Starbucks.

Mocha comprises of three primary elements: espresso, milk and chocolate (and sugar). Some coffee enthusiasts liken it to hot chocolate: it’s kind of like having a coffee-infused hot chocolate. While the ingredients aren’t new to me, I’ve never really thought of mocha that way before until now!

As soon as I opened the sachet, I was greeted with a whiff of a delicious aroma which reminds me of hot chocolate. The powder looks like hot chocolate too! The best part is that the instant coffee comprises of the same Arabica coffee beans that’s used in their outlets.

Upon pouring hot water into the mixture, the mocha looks very elegant and café-esque. A thin matte layer of bubbly foam forms on top. Bubbles formed right at the top of the drink after giving it a good stir. 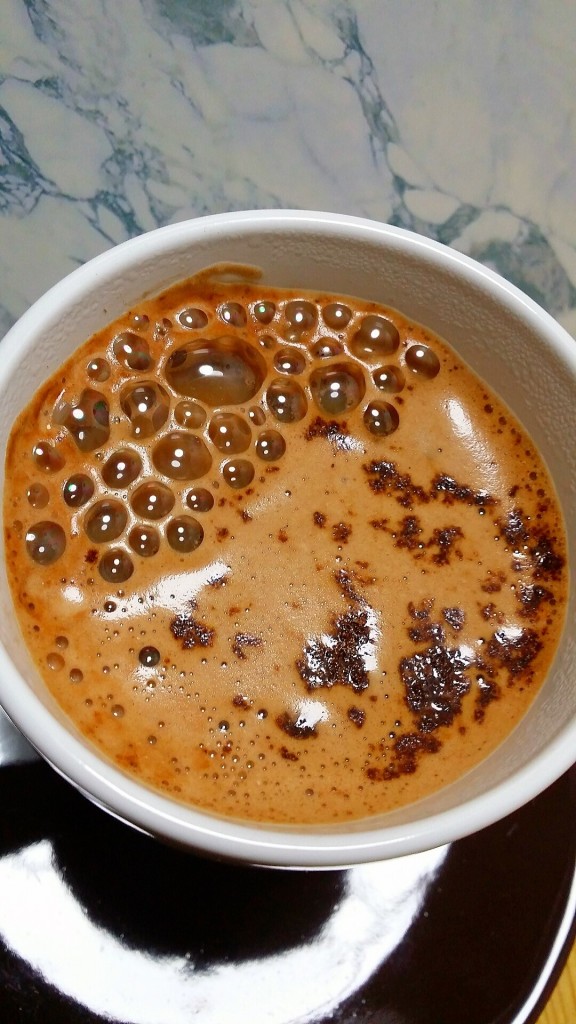 The taste brought vivid memories of sitting on Starbucks’ velvety deep-green modular sofa-seats and enjoying a relaxed coffee fix. It adds a sprinkle of hygge (the Danish lifestyle concept of coziness) to the season.

Espresso isn’t overpowering at all – it’s nicely balanced with the sweet, milky chocolate. Each element is united in every sip. I would’ve loved a flavor that’s a tad more pronounced, but nevertheless, I enjoyed my afternoon pick-me-up treat. The chocolatey-espresso combo comes through first, followed by the after-taste of espresso.

Like me, if you’ve been craving coffee or hot chocolate (or both!) whilst working in your home-office, a cup of instant mocha is your friend – it satisfied my desire for a coffee boost!