As the saying goes, the only constant in life is change. This most certainly includes Starbucks’ seasonal menu. While drinks such as the Dark Caramel Coffee Sphere frappe have left a lasting impression on Starbucks enthusiasts, it’s finally time to try their new drinks. This season, Starbucks’ theme in Singapore is very much patriotic as Singapore’s independence day is just around the corner (9th August).

As much as streets are beginning to be donned with flags to celebrate the island-city’s 54th birthday, Starbucks is joining the National Day party with its Singaporean-themed menu and merch. As usual, I’m drawn to their drinks menu – particularly their seasonal frappe offerings. After a bit of sleuthing, I learnt that Starbucks tends to dedicate a frappe to the Singaporean market at this time of the year.

This frappe, which is lovingly referred to it as the ‘Shiok-ah-ccino’, isn’t a standard frappe. Apparently, the ‘Shiok-ah-ccino’ flavor changes every year, but that feeling of enjoyment remains (based on the name I reckon – shiok is a Singaporean term that generally represents enjoyment).

This year’s flavor isn’t over-the-top, it sounds like a simple drink. Additionally, it’s supposed to emulate old-school ice cream ‘blocks’ that are sandwiched between two pieces of wafers. Based on that and the novelty part of it, I decided to try it anyway. When I first saw the promotional pictures, the frappe reminded me of speech bubbles in comic books because of the piece of chocolate which reads ‘shiok!’ that sits above the swirl of whipped cream.

From its description, I was guessing that it tastes like a frozen milkshake. Surprisingly, my hunch was different. 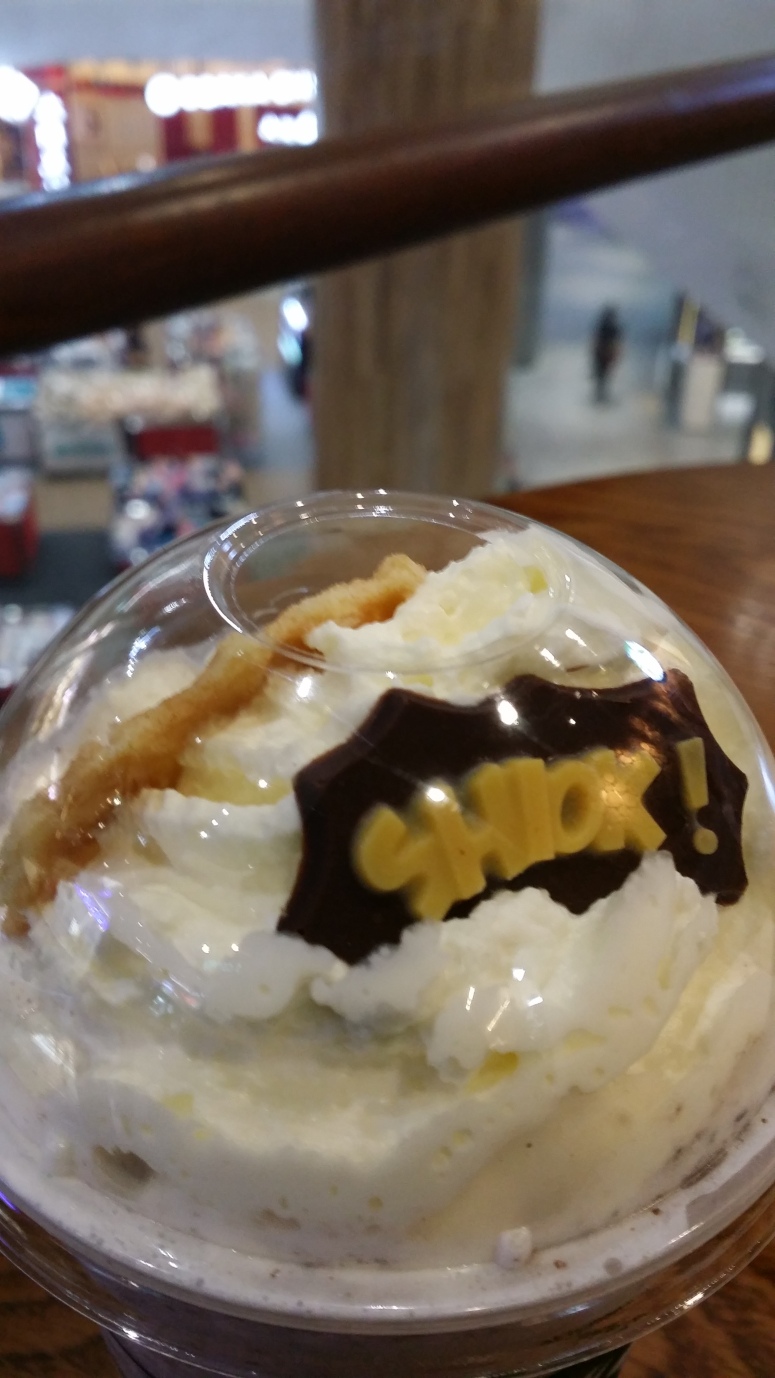 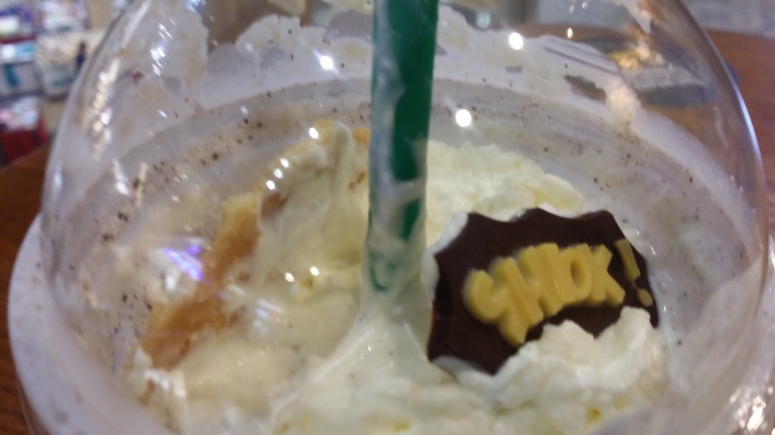 Although it isn’t the most astounding frappe I’ve ever had, at least I can check this year’s ‘Shiok-ah-ccino’ off my frappe list.