Courtesy of the boba (bubble tea) realm, which has dipped itself in the world of ice creams, is the brown sugar milk tea ice cream. Being cordially invited into the hearts and stomachs of what feels like millions of enthusiasts around the globe, tasting the coveted boba ice cream is another intriguing adventure that I’m game for embarking on.

It all began with a pastel pink ice cream vending machine outdoors, which has a light resemblance of ice cream trucks. I’ve seen a claw machine filled with this ice cream from afar in the downtown area, but this was my first time scrutinizing the ice cream. Having only just visited KFC to taste their boba tart a few short days ago, I interpreted this encounter as a sign to try it. It was either that, or the blazing heat (comprising of the sun, humidity and grey skies all at the same time – it’s normal in Singapore!) outside was guiding me to the haven of cool treats. The best part is it wasn’t a mirage! 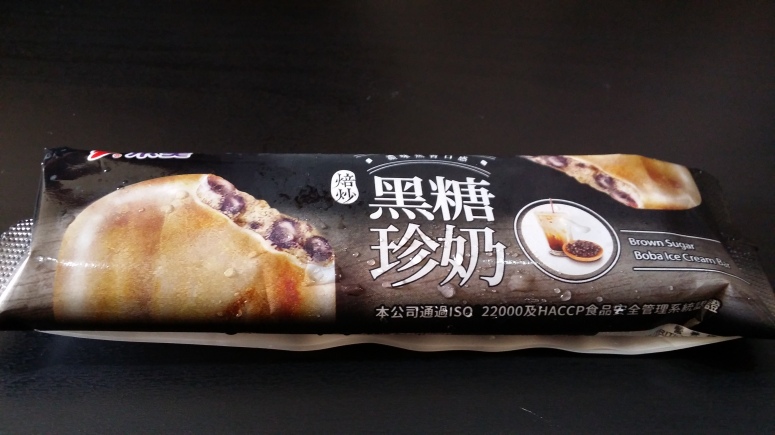 I tried this ice cream a few days after my brief encounter with the vending machine. Just as I was happily snapping my pictures shortly after collecting my ice cream, it began to melt (yes, it’s that warm here). Instead of saying “I’m ready for my close-up!”, its signal had “Eat me NOW” written all over. I recently bought it again for the second time and I captured more photos after sticking it in the freezer for just under 24 hours. As a result, this post features pictures from two different days! 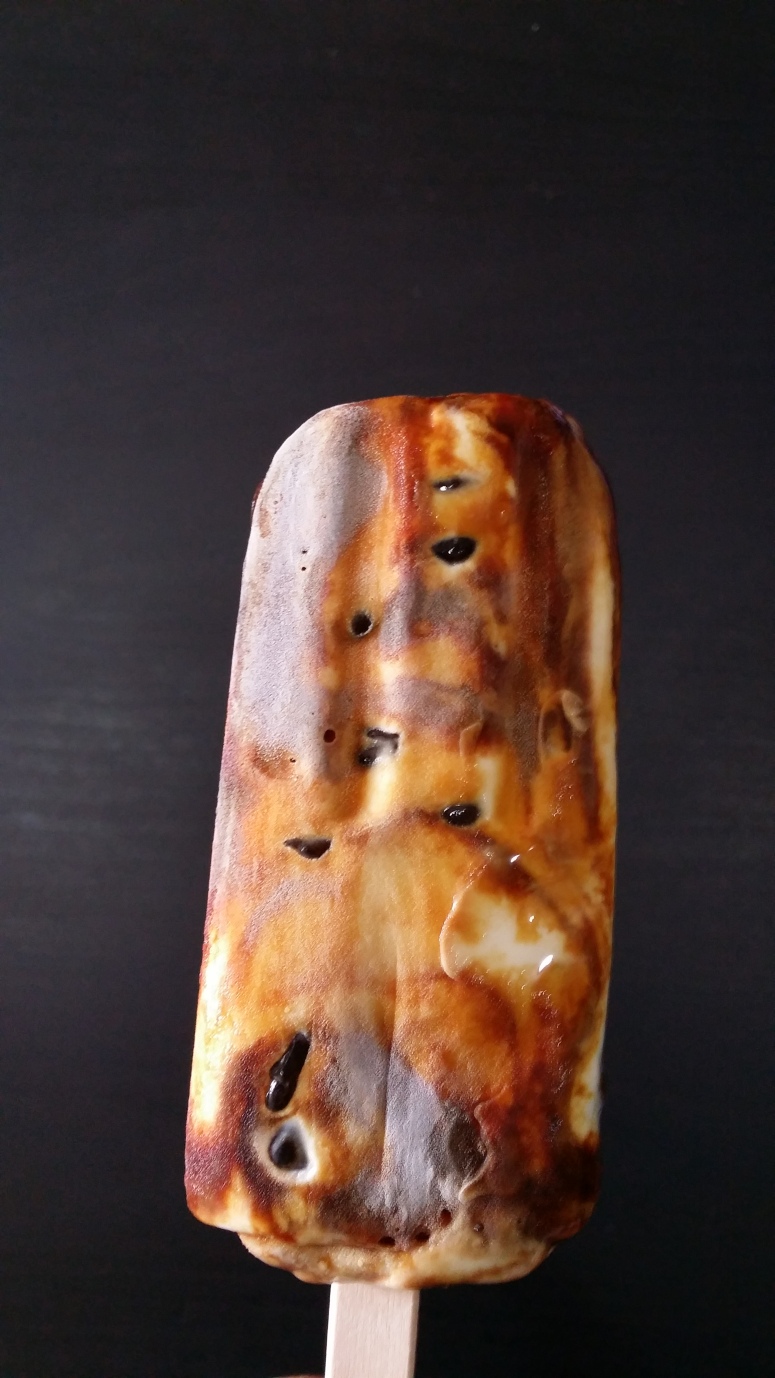 It seems like this ice cream is from a Taiwanese ice cream manufacturer, who’s hopped on board the boba boat. In my Tiger Sugar post (my first boba experience), I mentioned that if brown sugar boba is sold in jars on its own, shelves will be empty in the blink of an eye. Well, this ice cream reflects my prophecy of boba on shelves. From a little sleuthing, I learnt that these ice creams are sold like hotcakes, with demand exceeding its supply. As the actual drink is treated like liquid gold, the ice creams are gold bars! 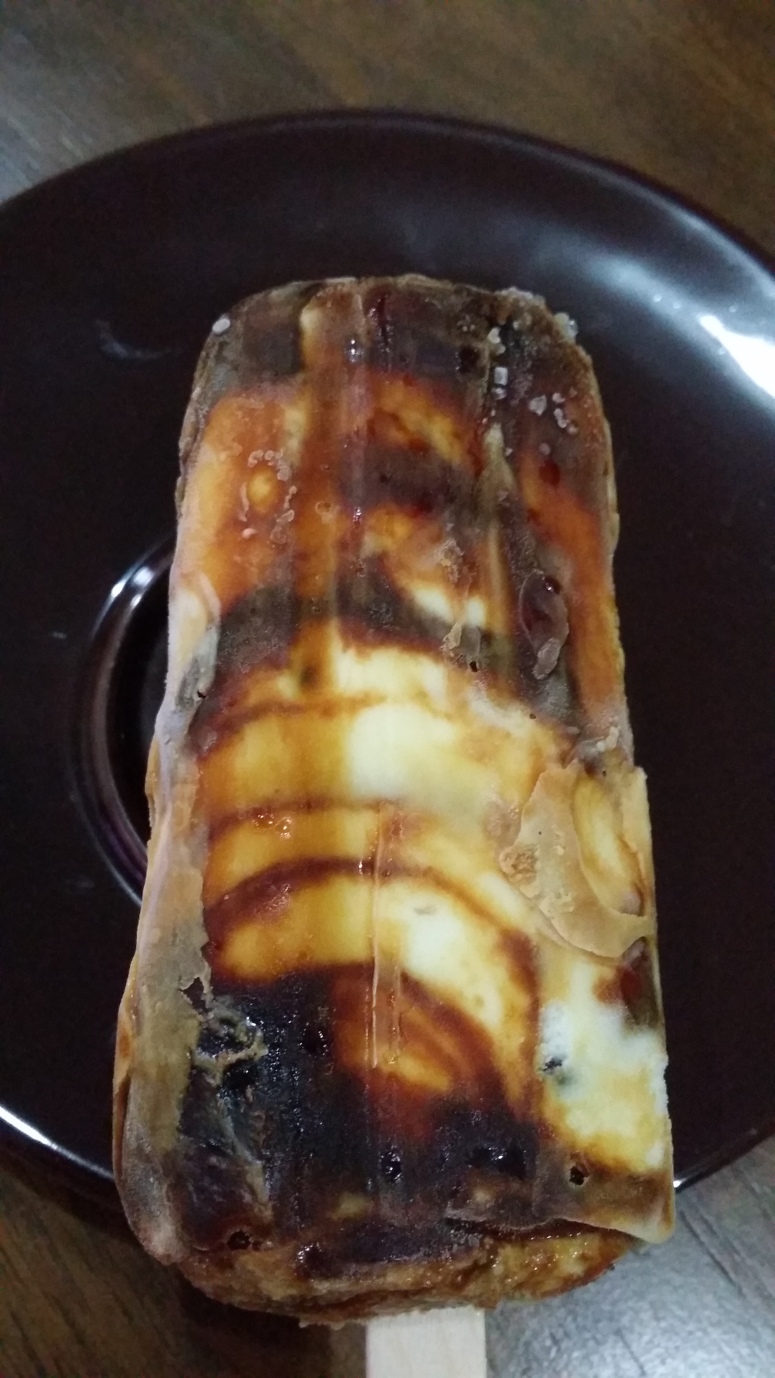 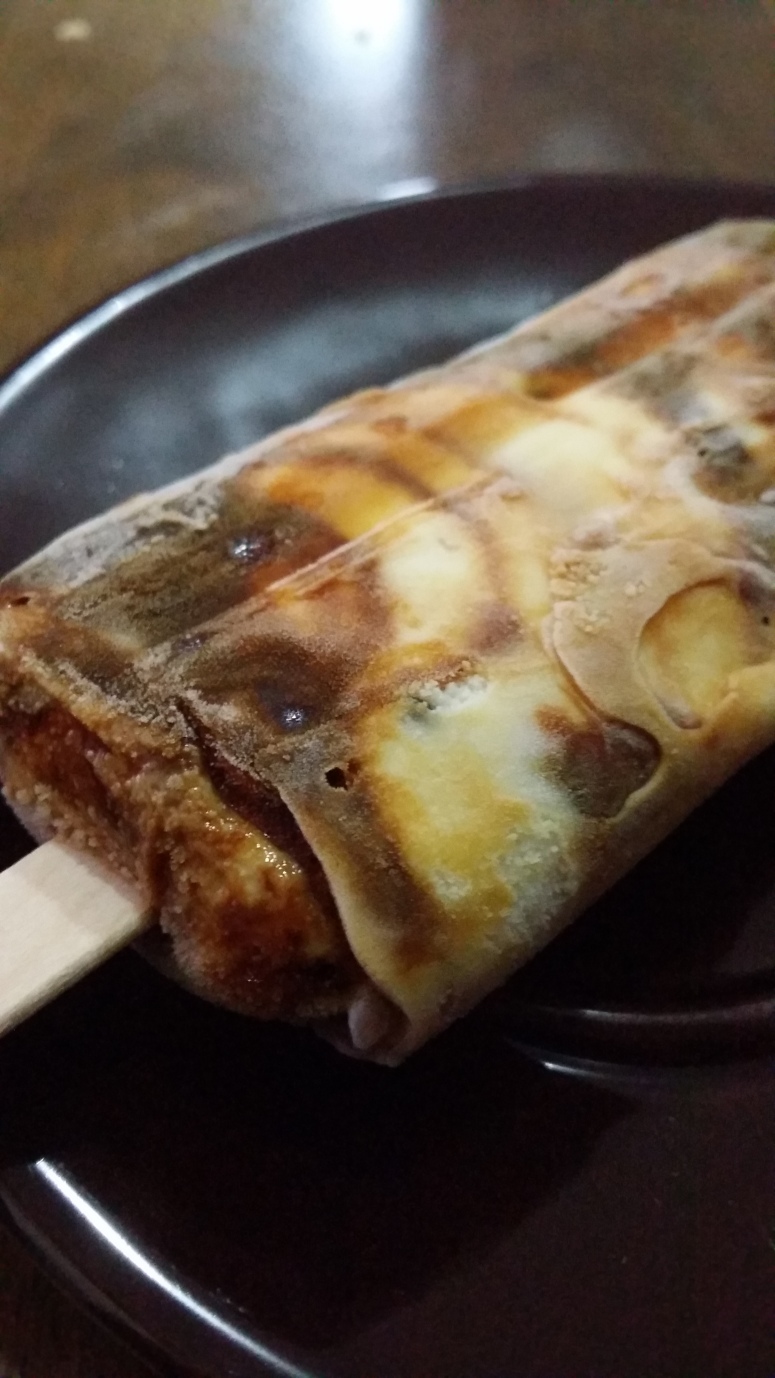 The flavor is vanilla-y instead of milk tea-esque – hence skewing towards the vanilla scale than milk tea for my palate. A brown sugar and vanilla ice cream sounds exquisite in theory, and my flavor palate witnessed the deliciousness while enjoying the ice cream. The hero for me is undoubtedly the brown sugar pearls, so I wasn’t missing the milk tea at all. 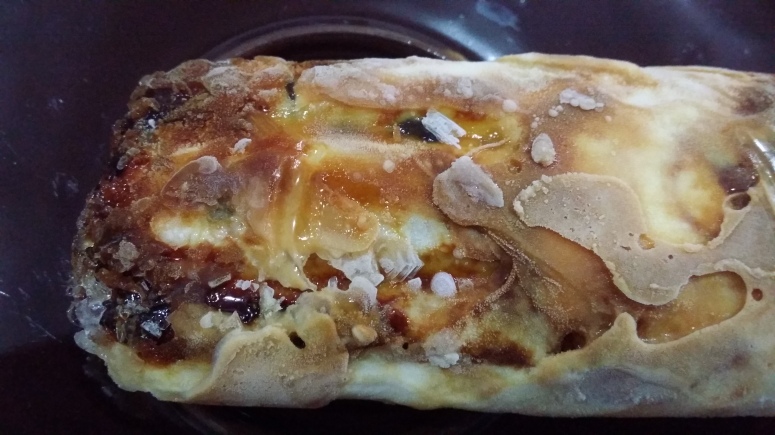 The caramel-colored, marble-looking ice cream is a nod to the real deal, being the actual drink. It looks like a brown sugar milky way (the sky, not the candy bar) in boba land. 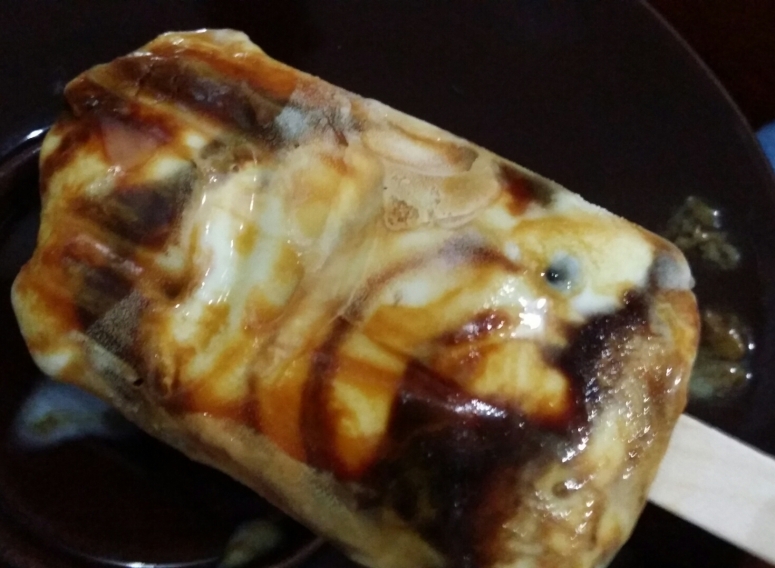 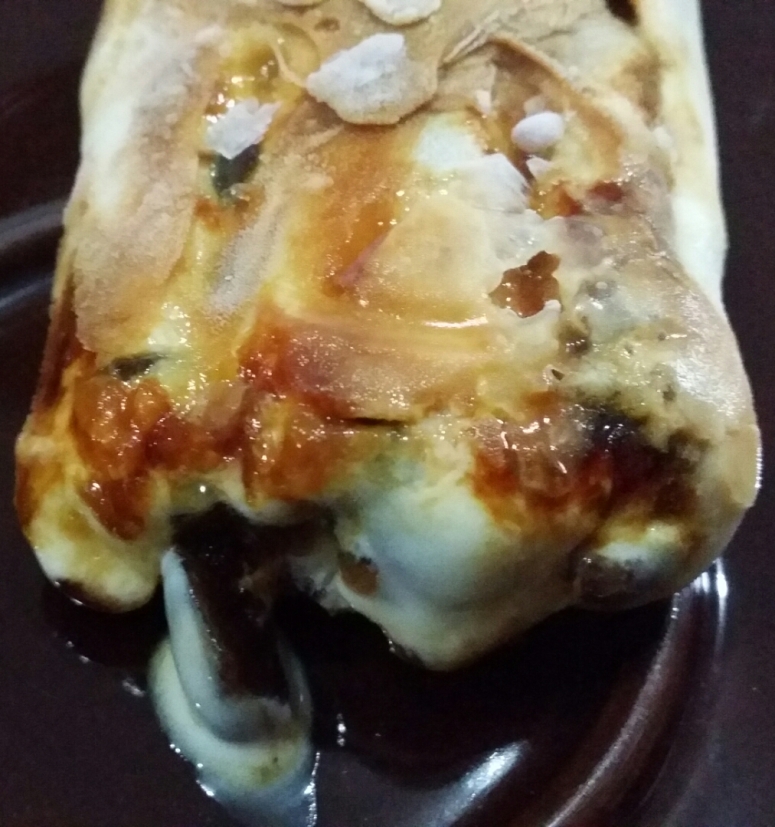 The tapioca pearls were chewy, but not as chewy as the ones in the drink. It’s the first time I’ve had the pairing of tapioca and ice cream, and as odd as the idea sounds, it’s actually a nice contrast of textures that marry so well – chewy, sticky and icy pearls in the ice cream is one of the highlights.

All in all, this ice cream is pleasing and likeable simply because of the brown sugar boba pearls. As someone who isn’t obsessed with boba and only tries boba-related delicacies in the name of food science (with a dash of curiosity too), I believe these pearls are true stars of the show!