Japan’s innovation in the foodie scene never ceases to amaze me. Transforming a not-too-mundane activity of eating snacks into bliss and creativity. Who says you can’t play with food and eat it too?

Rather than a taste test, I had a feeling it’ll be more of an interactive experience from the beginning to the end, and eating is only a fraction of the adventure!

You may be wondering: why on earth did I, an adult, purchase a box of chocolates for myself that are targeted to children? It all began at the supermarket on a fine summery day.

As I was scanning through rows of goodies at the snacks aisle, I spotted boxes that look different: they seemed to be something you’d find at a toy store, but then again, it does look like something edible is sitting inside. I realized that these intriguing boxes are from Japan. That piqued my interest further, as Japanese snacks are pretty epic. With curiosity comes the expansion of my snack stash. A box found its way into my shopping basket, and the rest is history!

What does it contain? From cute colorful illustrations printed on the package, it looked like bite-sized chocolates in shapes of ice creams. This is indeed true, as I discovered upon unboxing. When I searched for more clues as to what this item is exactly (I’m not fluent in Japanese), illustrations saved the day yet again. It turned out that the box transforms into a pop-up ice cream shop! Talk about a flat-pack toy that you can actually consume! By consume, I’m referring to the ‘ice creams’ and not the box. 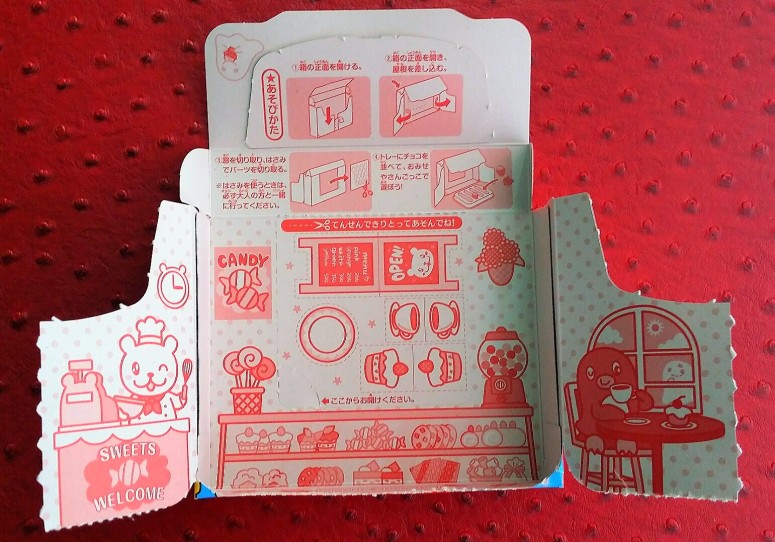 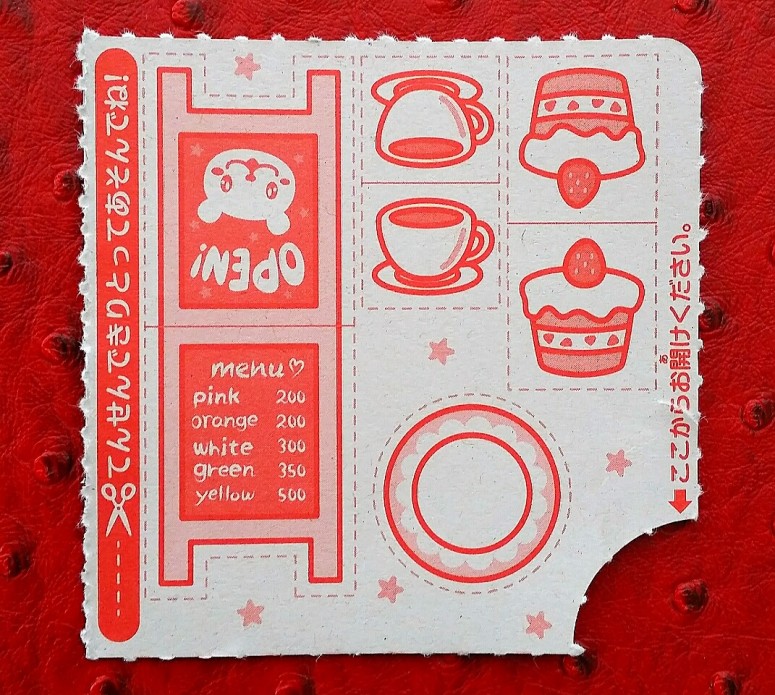 Candy kits are hugely popular in Japan, and they involve mixing various packets of ingredients to conjure treats. Candies from these kits are usually a hit or a miss flavor-wise, but everyone who has shared their experiences do agree that working on these kits is actually fun. Typically, kits comprise of bits that require mixing, matching and assembling. Mine, on the other hand, is a puzzle – resulting in the cutest ice cream stand. 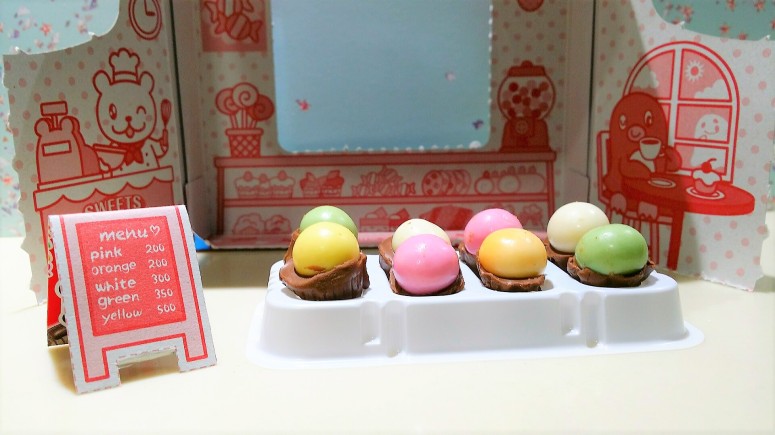 I noticed that the minds behind this box had given some thought to the concept. There’s even an ‘open’ signboard with a menu! It’s impressive that little details are included. All that’s left to do is to bite into the teeniest ice creams I’ve ever seen. I do have to admit, they’re too cute to be eaten!

The chocolate itself possesses nice flavors. One of Japan’s strengths is nailing awesome aesthetics in everything they do, and that trait is reflected in their food scene. These Tinkerbell-sized miniature ‘ice creams’ are kawaii (‘cute’ in Japanese)!

The smooth milk chocolate ‘cones’ have been molded into various shapes – I wish there’s actual ice cream cones that look like pumpkins and rockets! Alas, the heat got to them before I could. It’s too bad that my chocolates had melted, as it’s incredibly hot in the Lion City. On the bright side, melted chocolate doesn’t drip like ice cream! Regardless, they’re moreish. You can’t and won’t stop at one bite. Before I knew it, all of them had disappeared!

Round scoops of “ice cream” are actually chocolate-coated crispy wafer balls. They all taste identical, the sole difference lies in appearances. The chocolate is delightfully yummy, that’s good Japanese milk chocolate! From the perspective of taste, this Japanese chocolate is closer to those of British and Australian chocolates, it’s like a cousin.

I would consider purchasing the box again, especially for those chocolates that are oh-so-good!