Almonds and dark chocolate is a darling of a snack among health-conscious individuals. The two elements are as thick as thieves. It’s a classic combo in the realm that involves making ‘guilty pleasure’ foods into pleasures that are guilt-free or aren’t as guilty at least. 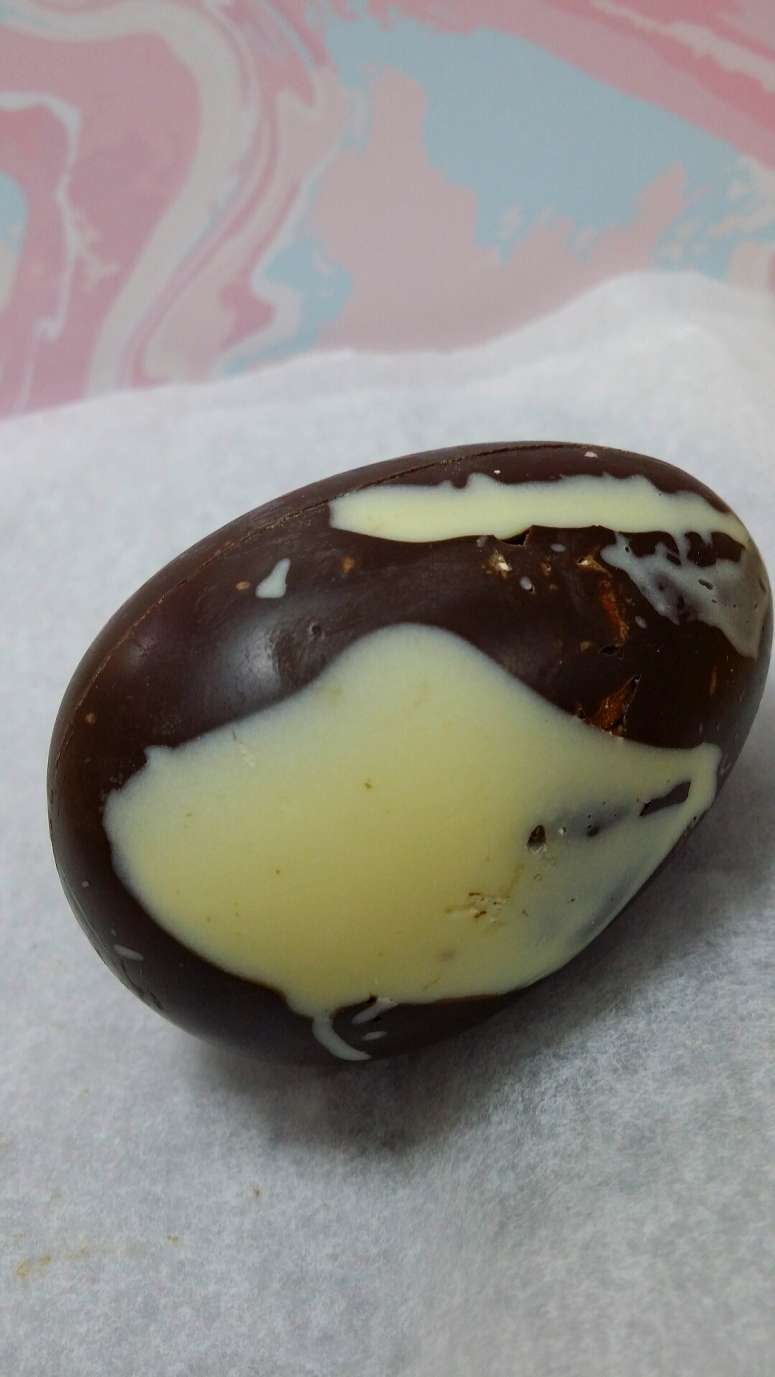 The wise saying “don’t judge a book by its cover” certainly came to life when I was unboxing this egg. From its appearance in the box, it’s a dark chocolate egg with loads of almond bits inside. When I turned the egg around while unboxing it, a marbled pattern created by adding what I could only assume at that moment was white chocolate uncovered itself. The golden-brown hue of almonds popped out a little as well. The design reminds me of a milky way and a night sky dotted with stars, with the large almond pieces being shooting stars. 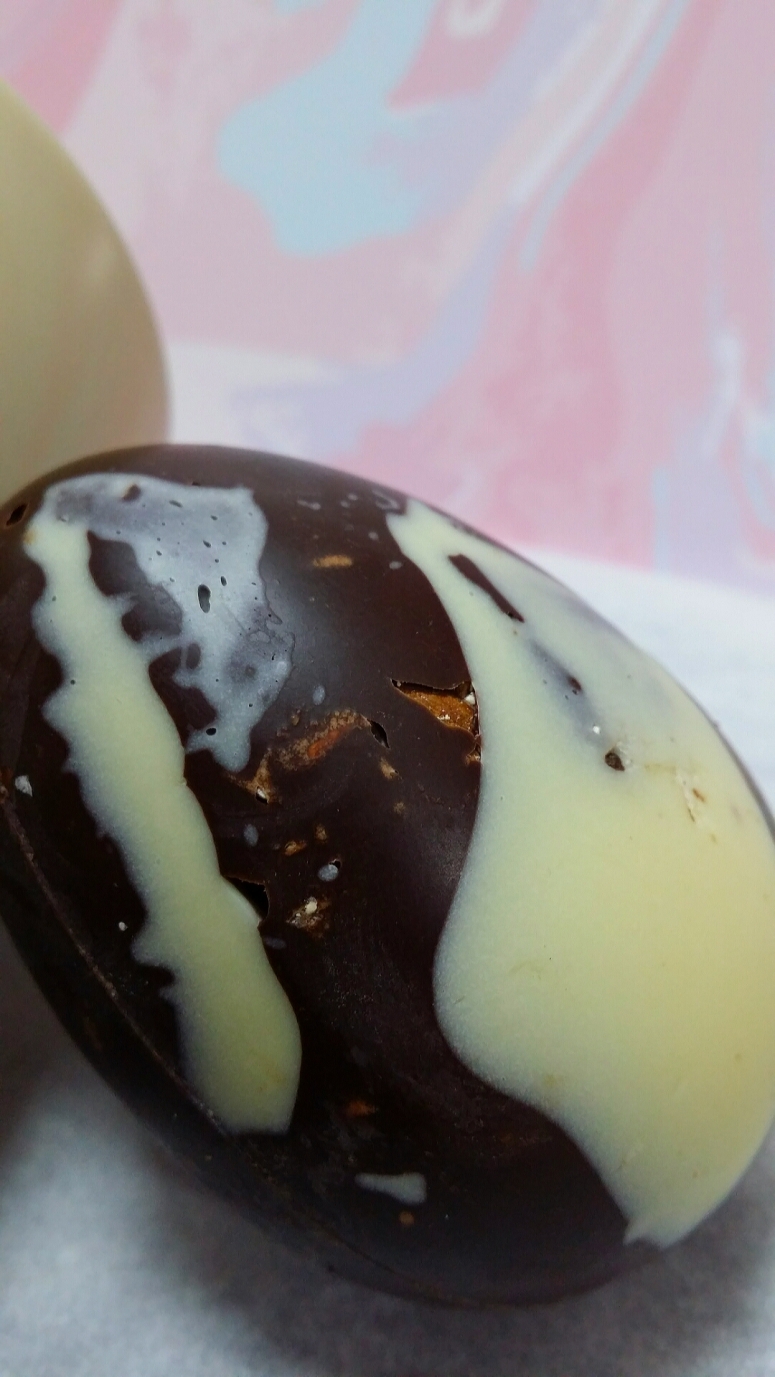 After admiring the egg as a whole and letting my imagination take flight, it was finally time to demolish it! I expected it to be hollow, just like the previous egg. 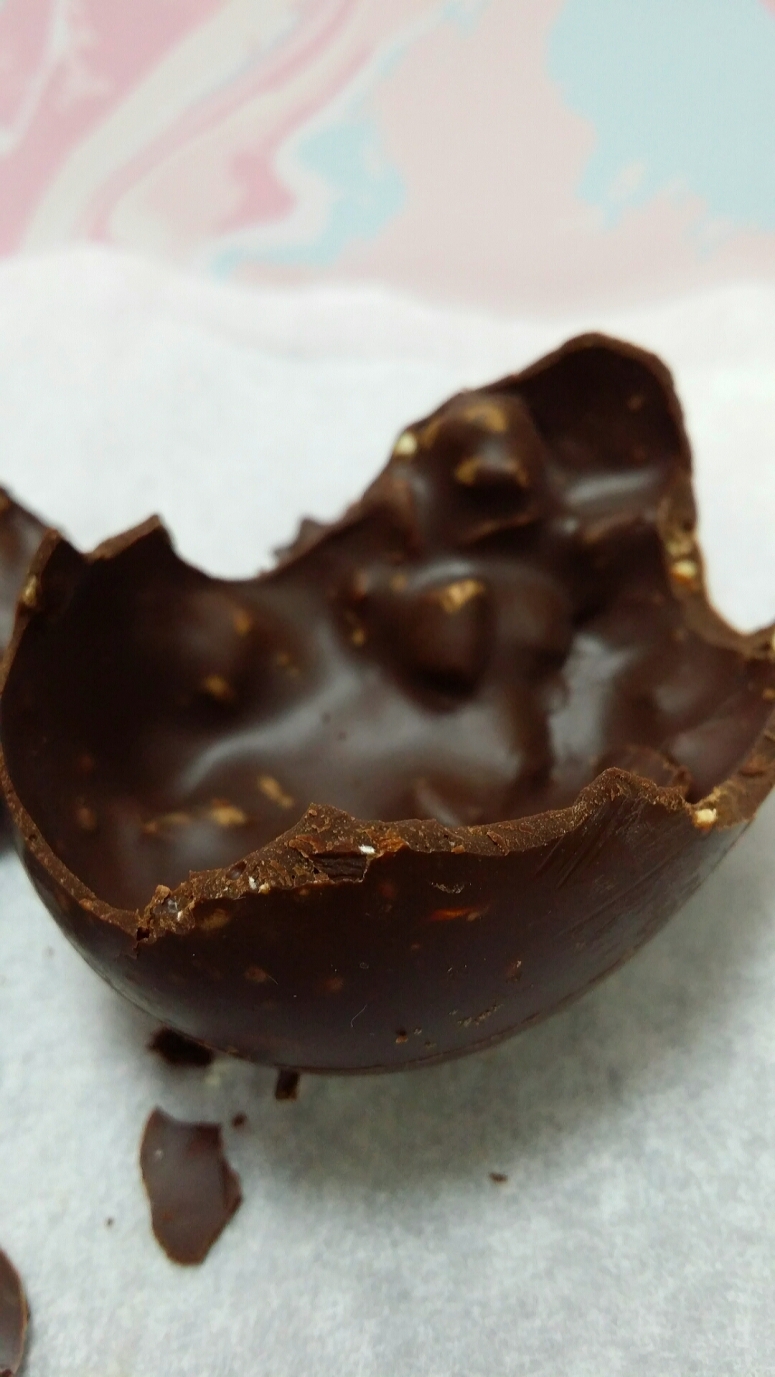 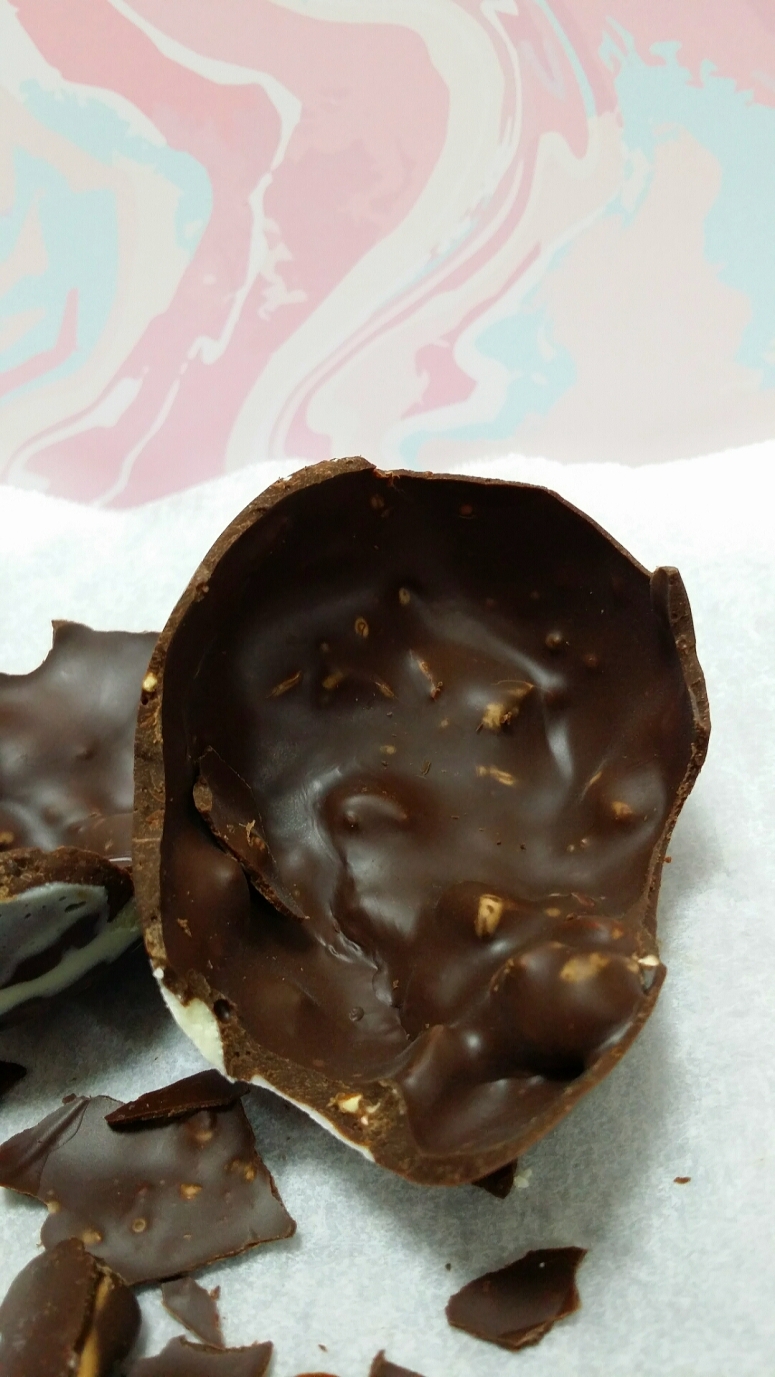 It is hollow as expected, but the egg did have another pleasant surprise for me! Chunky pieces of almonds coated with dark chocolate sticks out inside. It reminds me of science kits with slabs that you can ‘mine’ for gold nuggets (known as fool’s gold, but it was fun being an explorer searching for treasure)! Unlike those kits, the chocolate egg isn’t dusty and it’s edible. Hooray! All that’s left is to grab a little hammer, dusting brush and other handy excavation and extraction mining tools. Or you could just take a bite into the egg – which is exactly what I did! 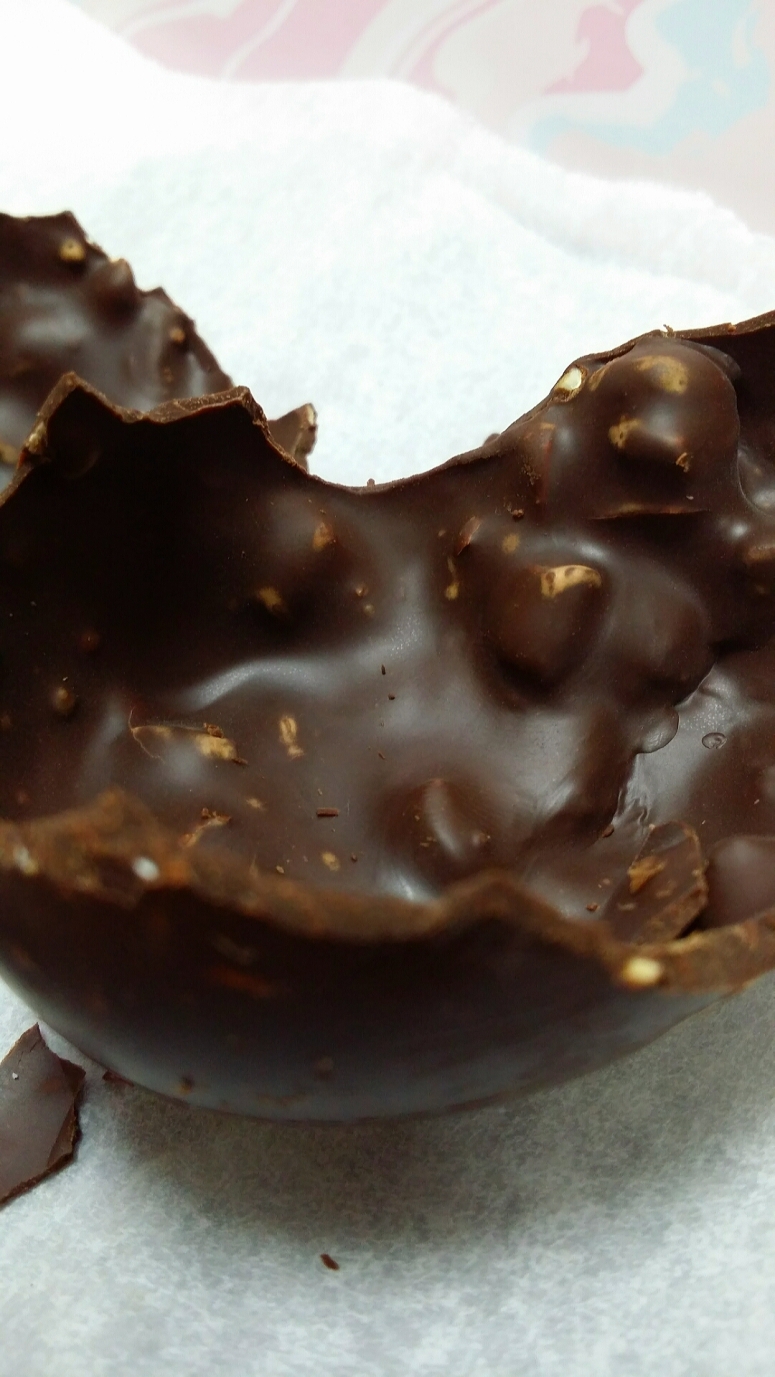 Needless to say, I enjoyed tasting this Easter egg. It’s one of the most unique chocolate eggs I’ve tasted in a while and I can’t wait to try the others!

Catch up on the Easter series here!